Chatting in Google Docs, Sheets, and Slides makes collaboration easier, as users can discuss a document while they work on it—without leaving the document itself. As many of you know, the current Docs Editors chat functionality is built on Google Talk, which we previously announced will be shutting down at the end of June.

We want to be sure you can continue to use chat in Docs, Sheets, and Slides, so—over the course of the next few weeks—we’ll make a few small changes and decouple the feature from Talk. As of June 7th, 2017, shortly before the Talk shutdown, organizations on the Rapid release track that have the Google Hangouts service enabled will have chat available in the Docs Editors; organizations on the Scheduled release track with Hangouts enabled will have chat in the Docs Editors starting on June 21st.*

If you currently have the Hangouts service enabled but Talk disabled, chat in Docs, Sheets, and Slides is not available to your users at this time. After June 7th or 21st (depending on your release track), however, your organization will begin to be able to use chat in the Docs Editors.* We encourage you to communicate the new feature to your users ahead of time. There will be no in-app promotion; users will simply see the chat button below appear in Docs, Sheets, and Slides when collaborators are in the document. 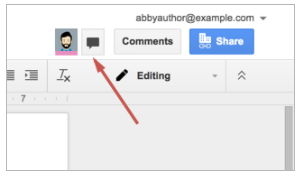 If a user clicks on that button, a chat window like the one below will appear on the right side of the screen, allowing him or her to chat with others in the document. 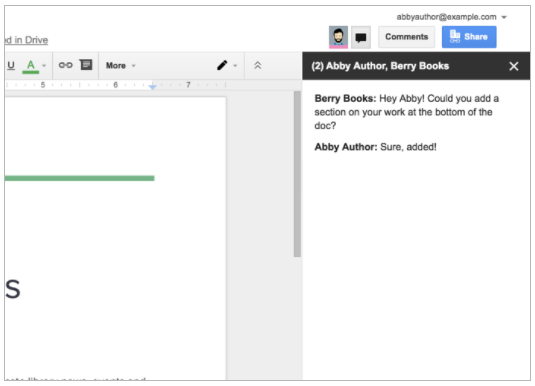 We’ll be making further improvements to chat in Docs, Sheets, and Slides in the future, so stay tuned for additional updates.

*IMPORTANT: Please see the Help Center for a list of exceptions.

More Information
Help Center: Chat with others in a file