Launched last March, Player Analytics is already becoming an important tool for many game developers, helping them to manage their games businesses and optimize in-game player behavior. Today we’re expanding Player Analytics with two new analytics reports that give you better visibility into time-based player activity and custom game events. We’re also introducing a new Player Stats API to let you tune your game experience for specific segments of players across the game lifecycle. Along with those, we’re rolling out a new version of our C++/iOS SDKs and Unity plug-in and giving you better tools to manage repeating Quests.

We are launching two new reports later this week in the Play Games developer console: the Player Time Series Explorer and the Events Viewer. We’ve also made improvements to our player retention report.

Ever wondered what your players are doing in the first few minutes of gameplay? What happens just before players spend or churn? The time-series explorer lets you understand what happens in these critical moments for your players.

For example, you carefully built out the first set of experiences in your game, but are surprised by how many players never get through even the first set of challenges. With the Player Time Series Explorer, you can now see which challenges are impeding player progress most, and make targeted improvements to decrease the rate of churn. Learn more. 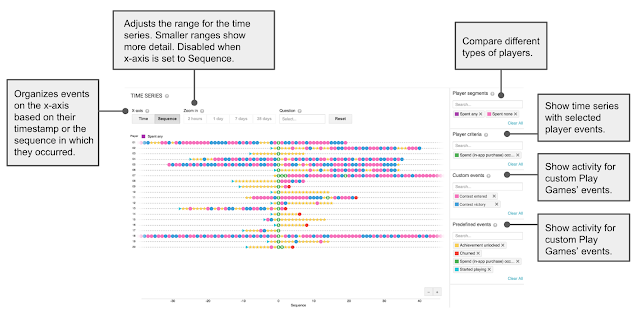 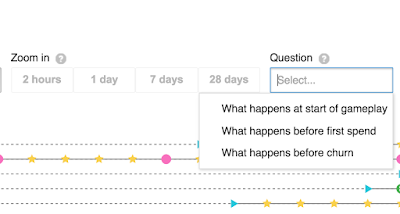 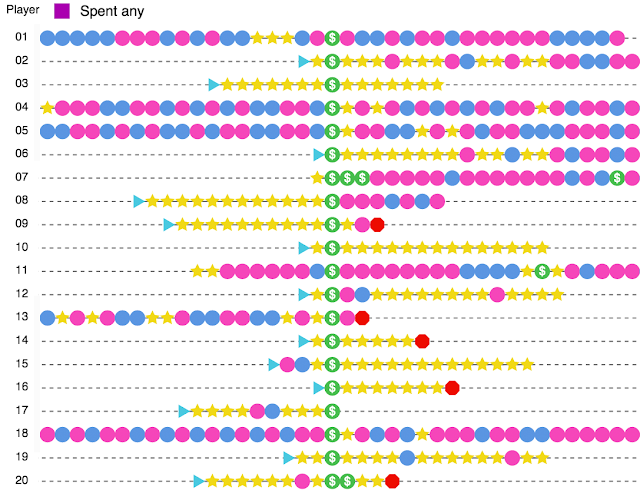 Find out what happens before your players churn

You can see more details for all event types by holding your cursor over the event’s shape. In this example, you can see that “Player 03” spent $4.99 after earning six achievements. Hovering over the achievement shapes will show you which specific achievements were earned.

Now you can create your own reports based on your custom Play Games’ events. You can select multiple events to display and bookmark the report for easy access. Learn more.

Here’s an example showing how a developer can compare the rates at which Players are entering contests, winning, and almost winning. This report would identify opportunities to improve the balance of its contest modes. You can then bookmark the settings so you can easily track improvements. 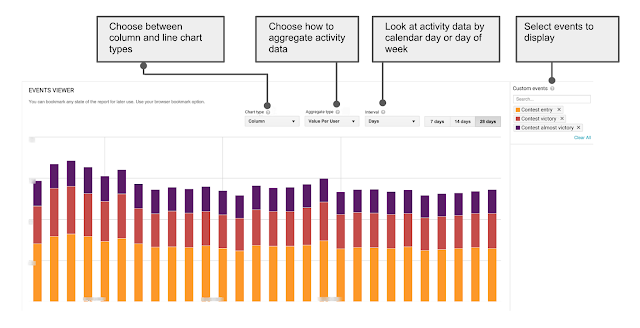 We added a 28-day-by-28-day retention grid to help you compare retention rates across a larger number of new user cohorts. 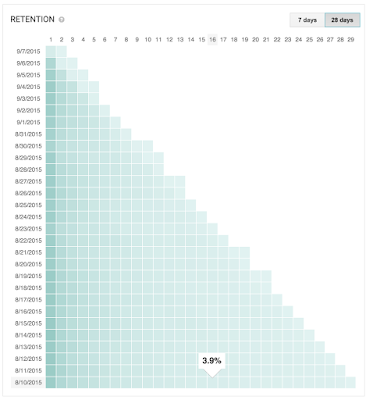 Stats and reports give you insights into your what your players are doing, but wouldn’t it be nice to take action on those insights in your game? That’s what the Player Stats API is all about. The Player Stats API lets you tailor player experiences to specific segments of players across the game lifecycle. Player segments are based on player progression, spend, and engagement.

Here are some examples of what you can do with Player Stats API:

The Player Stats API is launching in the next few weeks.

iOS support for Play game services just got a lot better. This update includes improved CocoaPods support, which will make it easier to configure Play game services in Xcode. This also means you’ll have a much easier time building for iOS using the Unity plug-in as well.

The latest build of the C++/iOS SDKs is now built on the new Google Sign-In framework, which adds support for authentication via multiple Google apps, including Gmail and YouTube. More importantly, if a player does not have any applicable Google apps installed, the Sign-In framework will bring up a webview within the app for authentication. Opening up a webview inside the app, instead of switching to a separate browser instance, makes for a much better user experience, and addresses a top developer request. For more on the new Google Sign-in library on iOS, check out this video. Learn more.

Quests are a great way of engaging your players with new goals, and with this update we have made managing Quests easier with the introduction of repeating Quests. You can create Quests that run weekly or monthly by checking the repeating quest box. This will make it easier for you to engage your players with regularly occurring challenges. Repeating Quests will be launching in the next few weeks.

If you have previously integrated Quests, you can easily convert them into repeating quests by following two easy steps.

1. Go to Quests section of developer console, and open up an existing Quest. Click the copy Quest button at the top of the page

2. Scroll down to the Schedule section of the Quest form, check the “Repeating quest” box, select between monthly and weekly quests under “Repeats”, and leave the “Ends:” field set to “Never”. After hitting save, you are done! From then on, the quest will run weekly or monthly until you decide to end it.