Editor's note: Today we hear from Christoffer Lorang Dahl, Digital Director at SMFB, an advertising agency based in Oslo, Norway. In the 14 years since it was founded, SMFB has delivered award-winning campaigns for local and international clients including Geox, Ikea and Statoil. Read how SMFB created a whole new work environment around Google Apps for Work and made its clients, collaborators and 65 staff happier in the process. 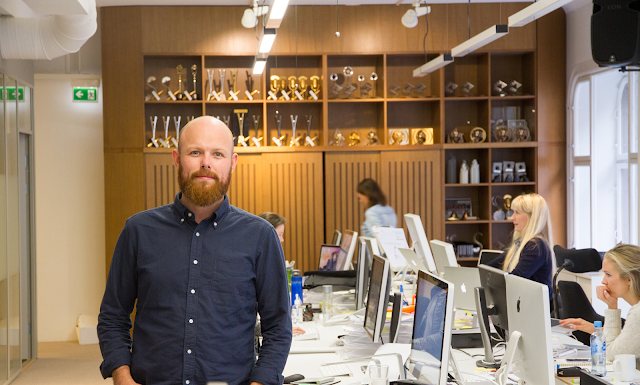 It’s hard to be a 21st century creative agency when we’re bogged down with a 20th century-like IT platform. As SMFB’s Digital Director, I work with creatives and account managers to make digital ideas happen. With at least five projects on the go on any given day, my hands are full, but I always make time to help out with IT, too. One year ago, this informal role took up at least three hours of my work week, while the rest of the team collectively lost 10 working hours a day to spam and a calendar system so clunky it was almost unusable. It was time for a change, so we trialled two possible solutions and chose Google. Not only did we see huge potential in Drive, we guessed that staff would be familiar with Gmail and adapt quickly. We were right.

Google Apps solved the core problems we wanted to address. Gmail fixed our issues with spam, and Google Calendar is exactly the synchronised, reliable and easy-to-use calendar we were looking for. Because of its straightforward interface, everyone can use it to book meeting rooms and tell designers which teams to work with on which days. We used to run everything through a server in Sweden, and when it crashed, none of us could work. We’ve never experienced any downtime since switching to Google.

As well as fix the problems we knew we had, Google Apps for Work has rejuvenated our creative process. It’s hard to put someone in an office and tell them to “be creative.” That’s not how creativity works, but it’s exactly what we used to do. A typical day at SMFB used to begin with a briefing from the account director to the creatives. After that, the creatives would head to their offices to come up with ideas, which they would share by late afternoon so that they could get feedback by the next day. Now creatives start every morning with a Hangout, spend the day in a cafe, under the sun or wherever they like, and share their ideas on Docs. The account director and account manager — even the clients — can pitch in on the process, concepts and copy, which constantly evolve. And we never experience the confusion that results from multiple drafts and versions floating around. Film scripts do change, but if the wrong draft is sent to an animator or a director, the consequences can be dire.

Once we have a project concept, we compile a budget together in Sheets and contact external production companies. We handle at least five of these at a time, and they change from one day to the next, but because Drive documents can be shared with anyone, we can send these external companies briefs, handle agreements and manage the whole process on one platform. Anyone can immediately see how a project is progressing by looking it up on Drive — something that’s vital for running campaigns on social media, where every second counts.

I like to help my colleagues, and Google’s simple administration interface makes it easy. When a workmate accidentally deleted crucial files, I retrieved them from Drive, which lets you recover documents from up to 10 users for up to 25 days. And rather than just react, I suggest better ways of doing things — like creating a group email account for a new project, which I can have ready in two minutes. It’s a whole new way of working. So much so, in fact, that I recommended Google Apps for Work to our partner agency, Forsman & Bodenfors. Now they’re on it, too.