Since 2005, we’ve collaborated with transit authorities around the world to make a comprehensive resource for millions of riders to find out which bus, train, tram or ferry can take them to their next destination.

Starting today, commuters in New South Wales will be able to get real time bus, train and ferry information in Google Maps. Google has teamed up with Transport New South Wales to add real-time information about routes and schedules across the region on Google Maps – for the first time in Australia.  Whether you are taking the train from Kings Cross to Killara, or boarding the ferries Fishburn or Friendship, you now have all the information you need to plan and adjust your journey at a glance, in one place.
If you're planning a trip between, say Bondi Junction and Circular Quay, you can simply type the two locations into Google Maps to get the latest information about which bus, train or ferry to catch. In addition to bus routes, you’ll be able to see when the next bus is arriving at your stop and an estimation of how long your trip is going to take. If your bus is delayed, Google Transit will automatically update the times in line with the new conditions. Routes that have real-time information available are marked in Google Maps in green. 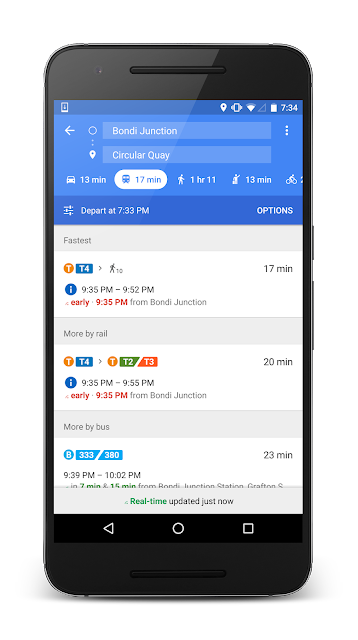 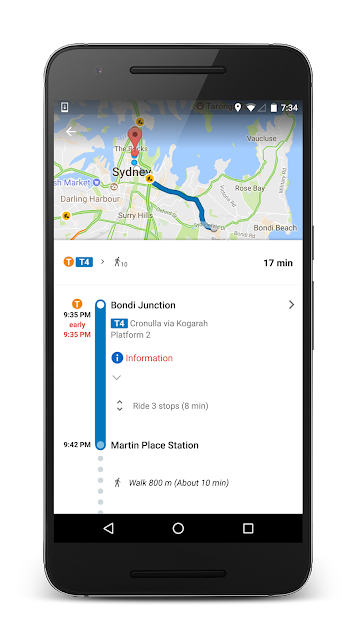 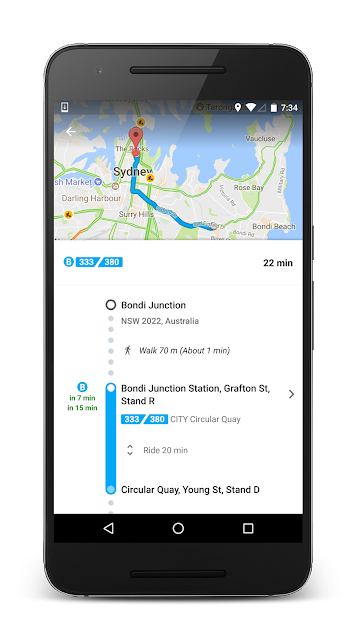 Residents of New South Wales who would like to find out when the next bus, train or ferry is arriving or directions to somewhere using public transport using Google Maps should follow these three simple steps:

Google Maps globally provides over one billion km worth of transit results every day and has schedules for more than three million public transit stops worldwide. Google Transit is now available for hundreds of cities across dozens of countries, with new partners joining all the time.
Posted by Cayden Meyer, Google Transit Product Lead