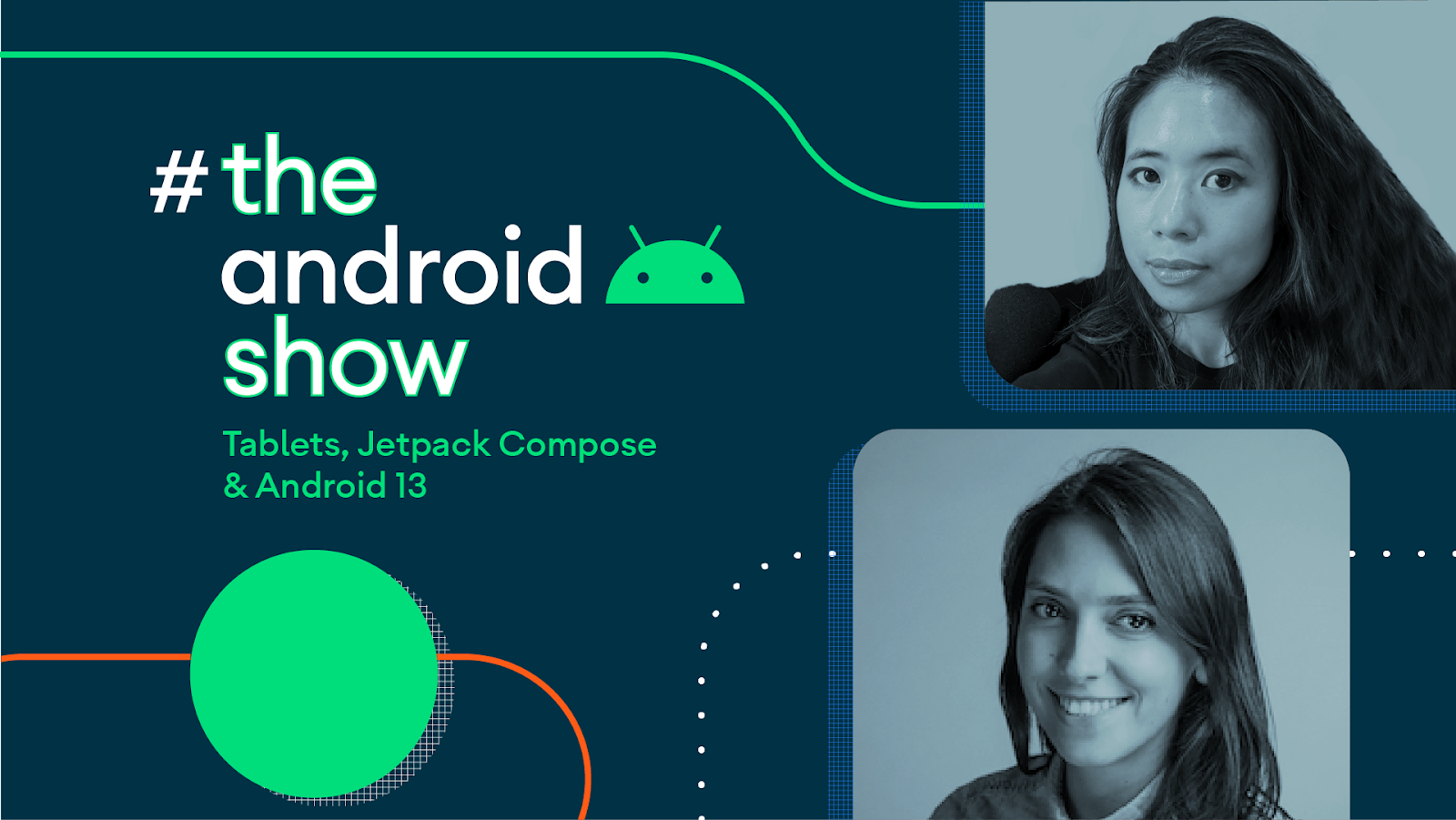 We’re just about to kick off another episode of #TheAndroidShow, you can watch here! In this episode, we’ll take you behind-the-scenes with Jetpack Compose, Android 13 and all of the updates to Android tablets. If you haven’t already, there’s still time to get your burning Android tablet questions answered from the team, using #AskAndroid. We've assembled a team of experts ready to answer your questions live!

First up in #TheAndroidShow, we’ll be discussing Jetpack Compose, Android’s modern, native UI toolkit. Last month, we released version 1.1 of Jetpack Compose, which contains new features like improved focus handling, touch target sizing, ImageVector caching, and support for Android 12 stretch overscroll. Compose 1.1 also graduates a number of previously experimental APIs to stable and supports newer versions of Kotlin. In #TheAndroidShow, we’ll take you behind-the-scenes in the world of animations with one of the engineers who helps build them, Doris Liu. And then we hear from Twitter about how Compose helps them build new features in half the time!


Next: the world of tablets, including the 12L feature drop, now in AOSP

Next up, we’ll jump into the world of tablets, following the big news from earlier this week: we’ve officially released the 12L feature drop to AOSP and it’s rolling out to all supported Pixel devices over the next few weeks. There are over 250+ million large screen Android devices, and 12L makes Android 12 even better on tablets, and includes updates like a new taskbar that lets users instantly drag and drop apps into split-screen mode, new large-screen layouts in the notification shade and lockscreen, and improved compatibility modes for apps. You can read more here.

Starting later this year, 12L will be available in planned updates on tablets and foldables from Samsung, Lenovo and Microsoft, so now is the time to make sure your apps are ready. We highly recommend testing your apps in split-screen mode with windows of various sizes, trying it in different orientations, and checking the new compatibility mode changes if they apply. You can read more about 12L for developers here.

We see large screens as a key surface for the future of Android, and we’re continuing to invest to give you the tools you need to build great experiences for tablets, Chromebooks, and foldables. You can learn more about how to get started optimizing for large screens, and make sure to check out our large screens developer resources.

Finally, we wrap up the show with a conversation with the director for Android Developer Relations, Maru Ahues Bouza, where we talk about Android 13 as well as some of the broader themes you’ll continue to see from Android later this year.

It’s all happening right now on #TheAndroidShow - join us on YouTube!