As the world eagerly awaits the 2018 FIFA World Cup in Russia, football fans are turning to YouTube to research and gear up for this summer’s tournament. In fact, global interest for the 2018 FIFA World Cup continues to grow, with search volume across Google and YouTube besting that of the Olympics, as well as other major sporting events.
To better understand what football fans are watching on YouTube, we researched which national teams, players, and football-related videos were trending on the platform over the past year:
Latin American teams and players lead the world in viewership
YouTube users around the world spent the most time watching videos related to Latin American teams. When it comes to watch time in 2017, the top five most popular national teams consist of Argentina, Brazil, Peru, Portugal, and Mexico.
Below are the most popular 2018 FIFA World Cup teams in each of the world’s countries (by the watch time each team received in that country in 2017): 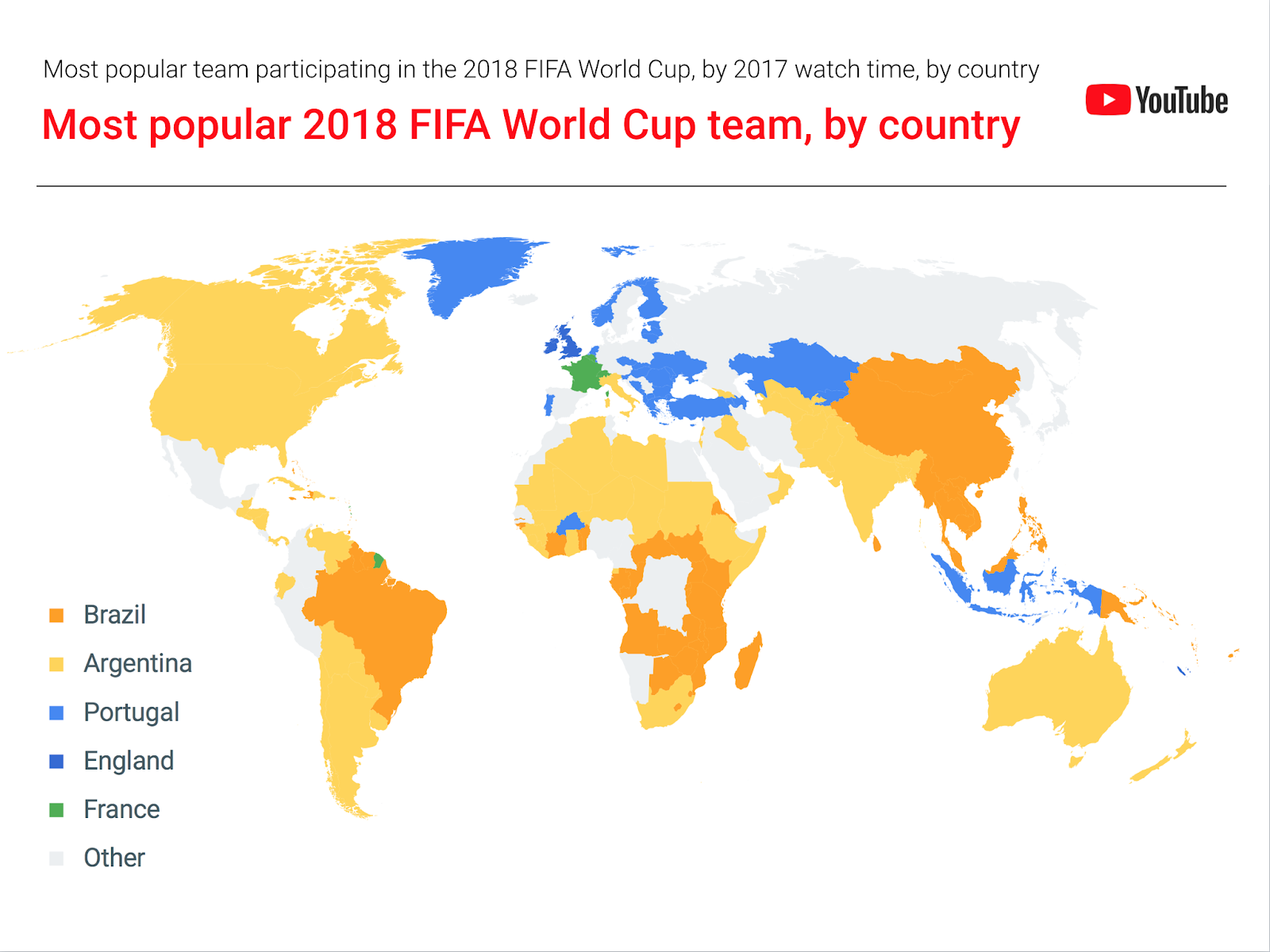 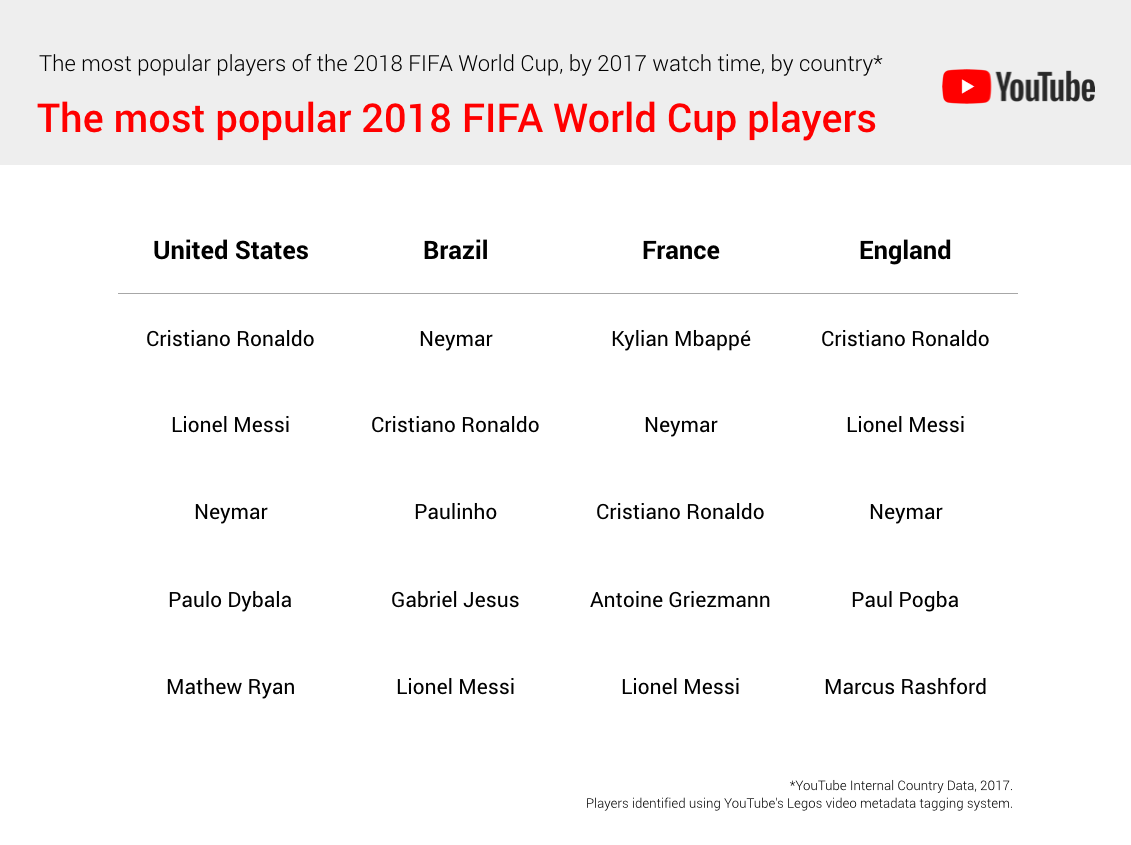 Match recaps, game highlights and trick shots scored high with soccer fans
When it comes to football-related content on YouTube, match recaps, game highlights and trick shots proved popular. Over the past two years, the amount of time people spent watching match recaps on YouTube has more than doubled, and since the last World Cup, watch time for soccer game highlights has grown by 9x, while watch time for soccer-related trick shots has gone up by 50 percent.
On YouTube, football fans don’t just watch, they participate
People are also turning to YouTube to improve their own soccer skills, with watch time of “Drills & Skills” videos increasing 6x since 2014. Check out some popular soccer tutorials here:


How to watch your favorite 2018 FIFA World Cup moments
Miss a game? Can’t get enough of the action? On YouTube globally, you can catch up on your favorite 2018 FIFA World Cup moments with select video highlights from official FIFA broadcasters in more than 80 countries around the world.
The excitement doesn’t end on the pitch. There are hundreds of YouTube channels that will take you beyond the games for the complete 2018 FIFA World Cup experience, with live shows, training footage, interviews, banter and match analysis. The official FIFA channel will share content from around the tournament and keep users up-to-date with the latest news. A number of channels will have regular original and exclusive content including the FA with daily content from the English national football team, Germany’s DFB Die Mannschaft will report from the training camp as well as the team’s base camp, and FC Barcelona will even host interviews with Barça World Cup legends.

Join us in the countdown to the official kickoff…