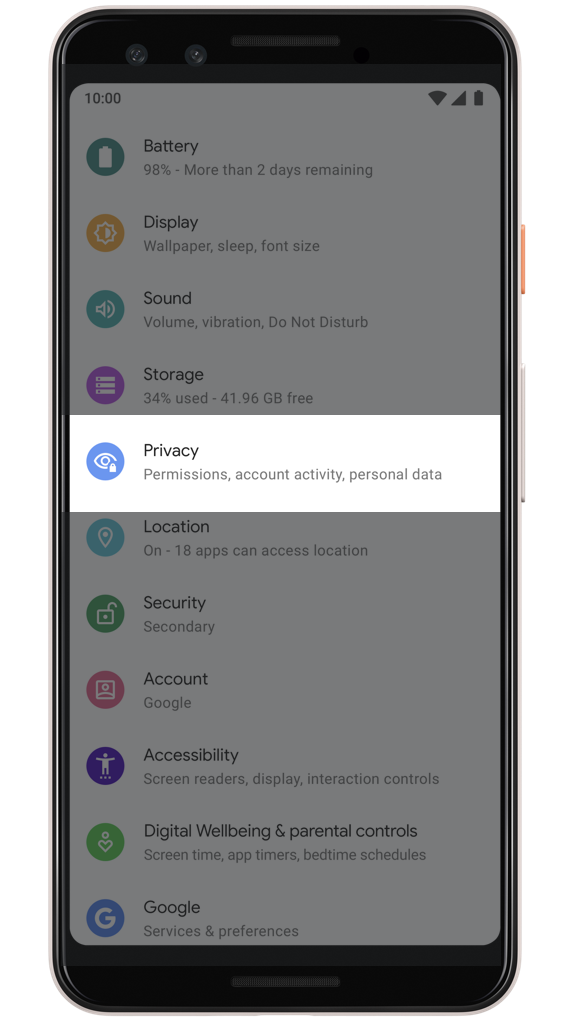 It's great to be in our backyard again for Google I/O to connect with Android’s developers around the world. The 7,200 attendees at Shoreline Amphitheatre, millions of viewers on the livestream, and thousand of developers at local I/O Extended events across 80+ countries heard about our efforts to make the lives of developers easier. Today at Google I/O, we talked about two big themes; helping our developers become more productive and strengthening user privacy and security in the platform. Let's take a closer look at the major developer news at I/O so far:

This year, we focused on a simple idea - we want to save you time every today. By making everything you use even better.

Two years ago, we announced Kotlin was a supported language for Android. Our top developers loved it already, and since then, it’s amazing how fast it’s grown. Over 50% of professional Android developers now use Kotlin, it’s been one of the most-loved languages two years running on Stack Overflow, and one of the fastest-growing on GitHub in number of contributors.

Today we’re announcing another big step: Android development will become increasingly Kotlin-first. Many new Jetpack APIs and features will be offered first in Kotlin. If you’re starting a new project, you should write it in Kotlin; code written in Kotlin often mean much less code for you–less code to type, test, and maintain. And, in partnership with Jetbrains and the Kotlin Foundation, we’re continuing to invest in tooling, docs, trainings and events to make Kotlin even easier to learn and use. This includes Kotlin/Everywhere, a new, global series of events where you can learn more about the language, new Udacity courses, and more.

In Android Q, we’ve made significant improvements to Android’s Neural Networks API (NNAPI). First, we have increased the number of Operators supported from 38 to over 90. The vast majority of models can now be accelerated by NNAPI with no alterations. We’ve also introduced an introspection API for advanced users, allowing full control over which hardware components handle acceleration (e.g. DSP vs. NPU). And, we’ve worked closely with hardware vendors to deliver significant improvements in performance, both in latency and power consumption. Working with MediaTek, we were able to accelerate ML Kit’s face detection API by 9X on the Helio P90. Working with Qualcomm, we were able to accelerate Google’s Lens OCR on the Snapdragon 855’s AI Engine, increasing speed by 3X while also reducing power consumption by 3.7X.

Last year we introduced the Android App Bundle to help you reduce app size and increase installs. Since then, we’ve seen over 80,000 app bundles in production, with average size savings of 20%. And today we have a number of announcements to help you reduce size and deliver updates to your users even faster. Today we’re glad to share that dynamic feature modules are moving from beta to stable. With dynamic feature modules, you can reduce your app size even more by choosing which parts of your app to deliver - based on conditions like device features, country. You can even deliver modules on-demand, instead of at install time. And today we’re also moving in-app updates from beta to stable. The ability to dynamically update apps is something you’ve been requesting for a long time. Let’s say you have a crucial bug in your app, and you need to push it out right away; you don’t want to wait until users discover an update in the Play Store. Now you can.

As a developer community, we all care about getting this right. It’s about building a platform that offers powerful capabilities for developers, while making sure that user safety and privacy is protected. We introduced Android Q Beta a few months ago with over 50 features and improvements around user privacy and security. These Q changes provide users more transparency and control.

As always, we are working hard to do everything we can for developers adopting the new release. We know you have your own features to build. That’s why, with these Q changes, we’ve worked very hard to minimize the impact for you, as well as to incorporate your feedback. We’ve given as long a notice period as possible, as well as complete and detailed technical information up front, to make it as easy as possible to adopt. We also want to thank the community for your ongoing feedback. It’s been a huge help to the team who are working hard to get this right. A great example are the Beta 3 storage changes, where your feedback helped us evolve the feature over the course of the Betas. Android has a longstanding commitment to minimizing all breaking changes. Our commitment is unchanged, and we’ll work hard to keep Android the open, flexible, and developer friendly platform we all love.

Be a part of Google I/O!

We’ve got a lot of great content in store for you over the next three days, including over 45 sessions across Android. We’re excited for you to join us in-person here at Shoreline, at an I/O Extended event, or online through the livestream. We’re constantly investing in our platform that connects developers to billions of users around the world. To the entire Android community, thank you for your continued support and feedback, and for being a part of Android.