Throughout our country’s history, there have been many women — some familiar and others lesser-known — who were pioneers and pathbreakers, leaving their imprint on our shared heritage and culture. Starting today, you can explore the narratives of some of these women on “Women in India: Unheard Stories”, a collection of artworks and virtual exhibitions spanning 2,500 years from 24 cultural institutions across the country in a single destination on the Google Arts & Culture platform
Come on a journey as we meet some of India’s iconic women and unsung heroines through history. From goddesses to leaders, artists and doctors, mothers and daughters who strived for new horizons for their families — these collections reveal the many facets of women in India, and the impact they’ve had on building and shaping the nation as it stands today.
Sacred Thread and Women (American Institute of Indian Studies)
As early as 550 CE, stone reliefs show the sacred thread, a marker of wisdom and knowledge, being bestowed on women. Incarnations of the goddess Parvati like the one from Srikakulam in Andhra Pradesh (shown below) depict her wearing sacred thread, indicating her strength and knowledge at par with male gods. 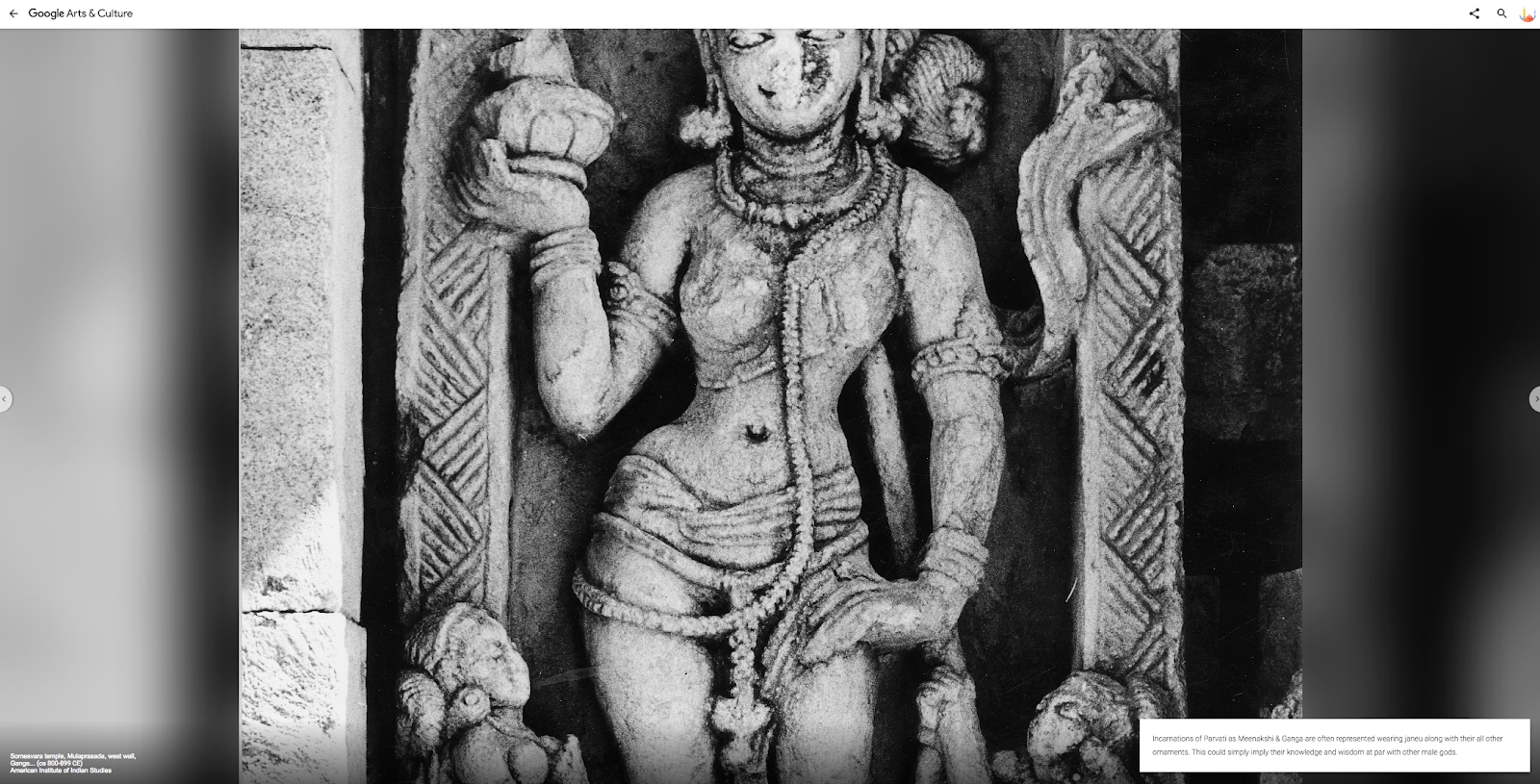 Nawab Sultan Jahan Begum (Rekhta Foundation)
Learn about Nawab Sultan Jahan Begum, the erstwhile ruler of Bhopal, who defied convention and stereotypes in the 19th century, and left a legacy in infrastructure, architecture, arts and education. Excerpts from the Begum’s autobiography show her passion for creating opportunities for Hindu and Muslim girls to gain an education. 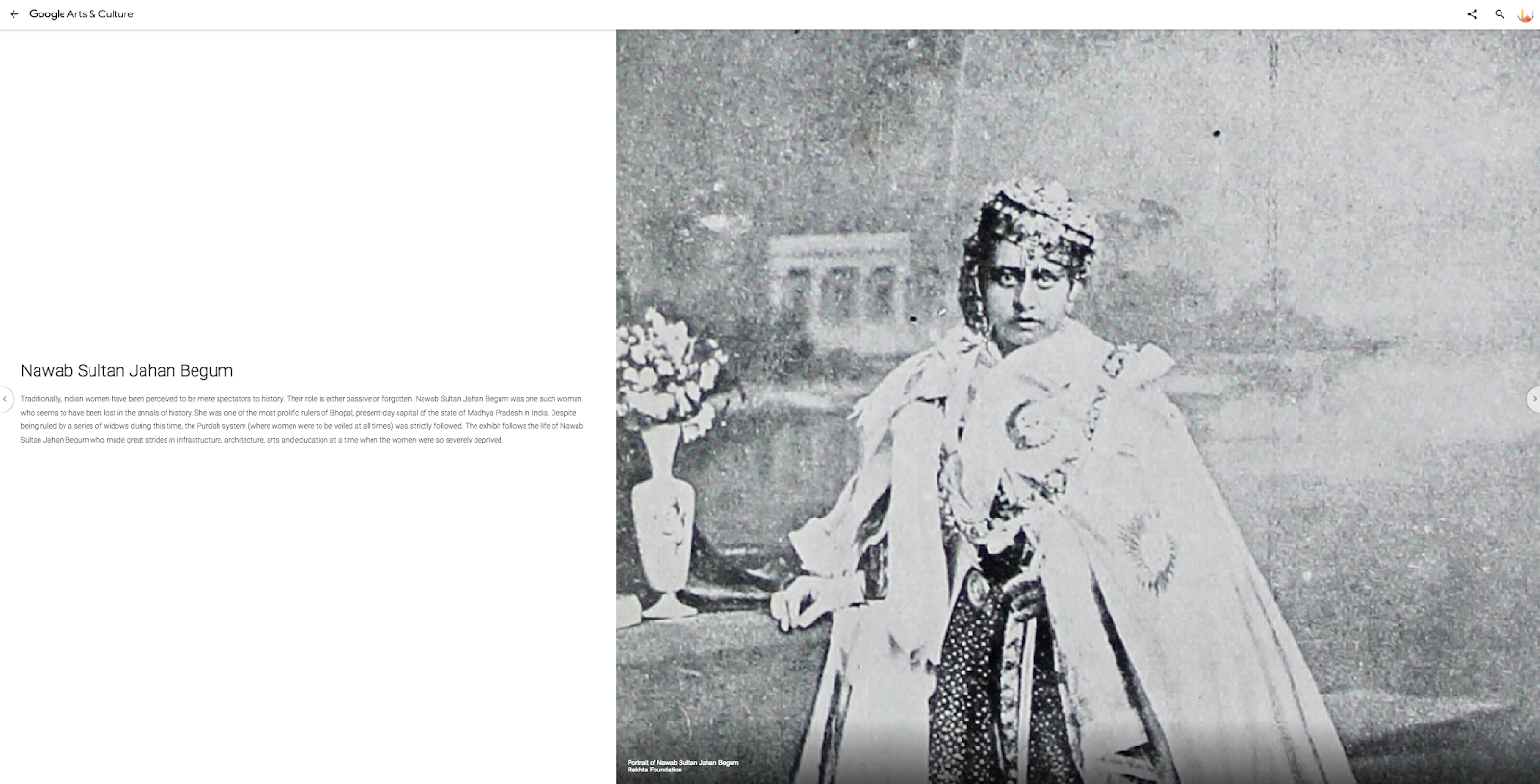 Women During Partition: Rebuilding Lives (The 1947 Partition Archive)
In more recent history, explore the stories of young girls and women who went on to educate themselves and take responsibility for their families following Partition in 1947. Or read the moving memoirs of women volunteers who came forward to help people who had been displaced by Partition. 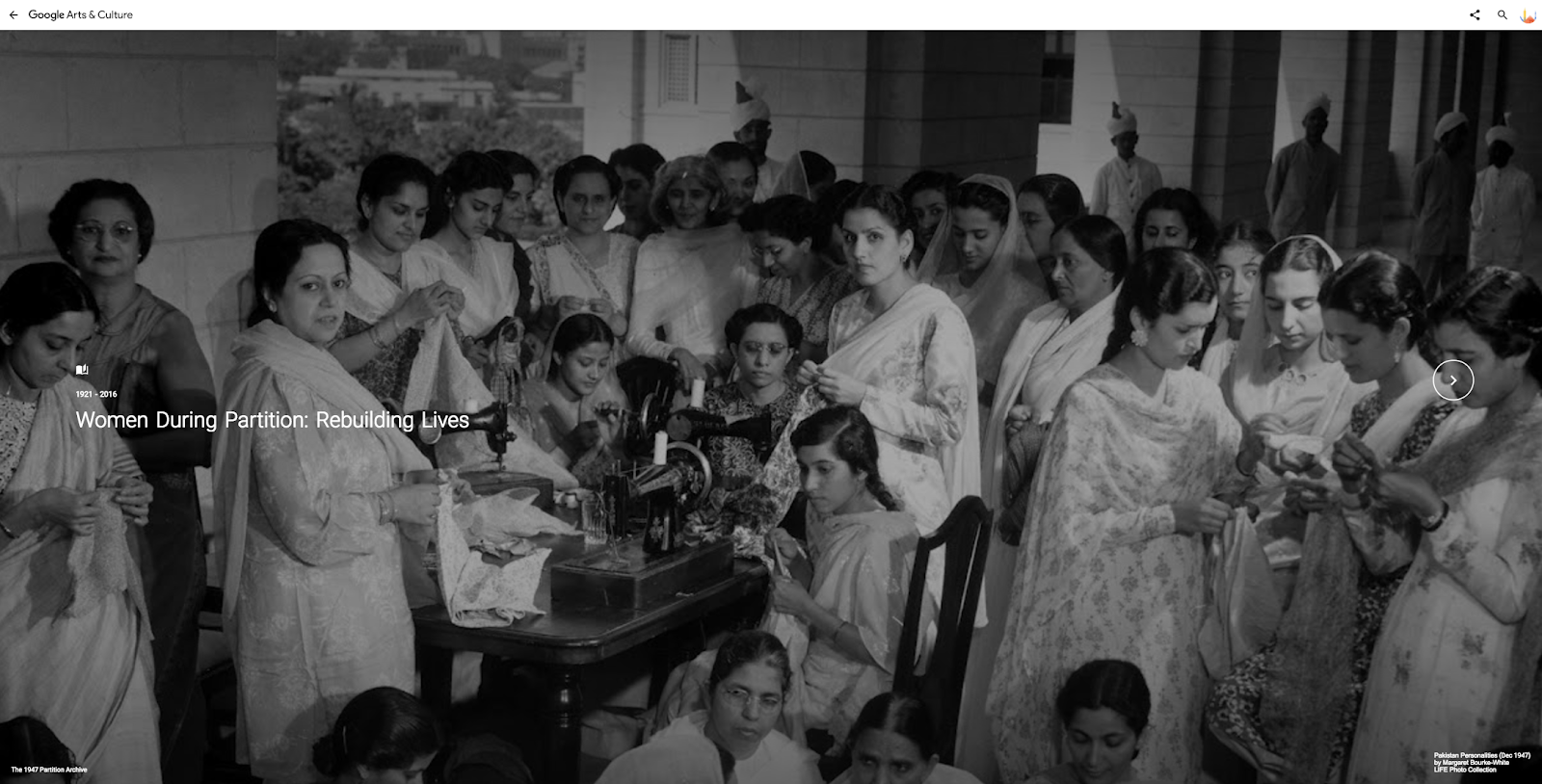 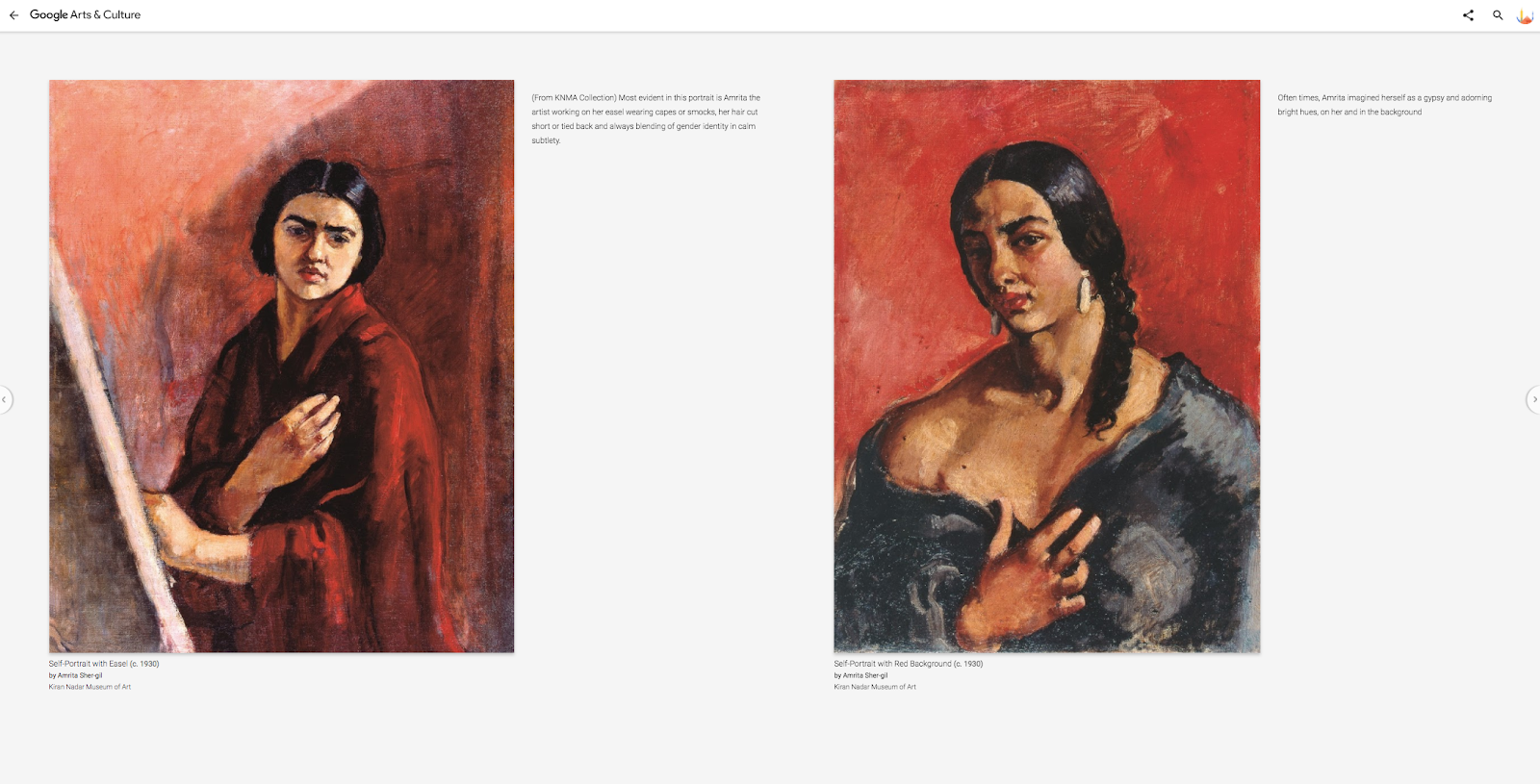 We brought our new Art Camera to capture and digitally preserve collections at the National Museum in Delhi. Using the custom-built Art Camera, we’re able to digitize more artwork in ultra high resolution, more quickly than ever possible before. This in turn allows more people to explore artwork in much greater detail. Zoom into this wonderful depiction of women playing polo as early as as the 18th century, an activity that was traditionally in the male domain.