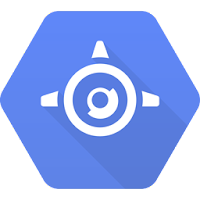 Java 8 support has been one of the top requests from the App Engine developer community. Today, we're excited to announce the beta availability of Java 8 on App Engine standard environment. Supporting Java 8 on App Engine standard environment is a significant milestone. In addition to support for an updated JDK and Jetty 9 with Servlet 3.1 specs, this launch enables enhanced application performance. Further, this release improves the developer experience with full gRPC and Google Cloud Java Library support, and we have finally removed the class whitelist.

App Engine standard now fully supports off-the-shelf frameworks such as Spring Boot and alternative languages like Kotlin or Apache Groovy. At the same time, the new runtime environment still provides all the great benefits developers have come to depend on and love about App Engine standard, including rapid deployments in seconds, near instantaneous scale up and scale down (including to zero instances when no traffic is detected), native microservices and versioning support, traffic splitting between any two languages (including Java 7 and Java 8), local development tooling and App Engine APIs.

Below is a one-minute video that demonstrates how easy it is to deploy your first application to App Engine.

To get started with Java 8 for App Engine standard, follow this quickstart. Or if you’re a current App Engine standard Java 7 user, upgrade to the new runtime by adding to your appengine-web.xml file, as described in the video above. Be sure to deploy a new version of your service and direct a small portion of your traffic to this instance and monitor for errors.

You can find samples of all the code in the documentation here. For sample applications running Kotlin, Spring-Boot and SparkJava, check out this repository.

We've been investing heavily in language and infrastructure updates for both App Engine environments (we recently announced the general availability of Java 8 on App Engine flexible and Python upgrades), with many more to come. We’d love to hear from you during the Java 8 beta period and beyond. Submit your feedback on the Maven, Gradle, IntelliJ and Eclipse plugins, as well as the Google Cloud Java Libraries on their respective GitHub repositories.