An extra leg. A super long arm. A shadowy figure. Even a plane in a lake. If you creep around Maps satellite imagery or Street View long enough, you’ll run into some seemingly spooky images. But don’t jump to any quick conclusions—they're never what they seem. Here are five spectacularly spooky snaps and reasons why they’re really not spooky at all!

Portal to a different dimension 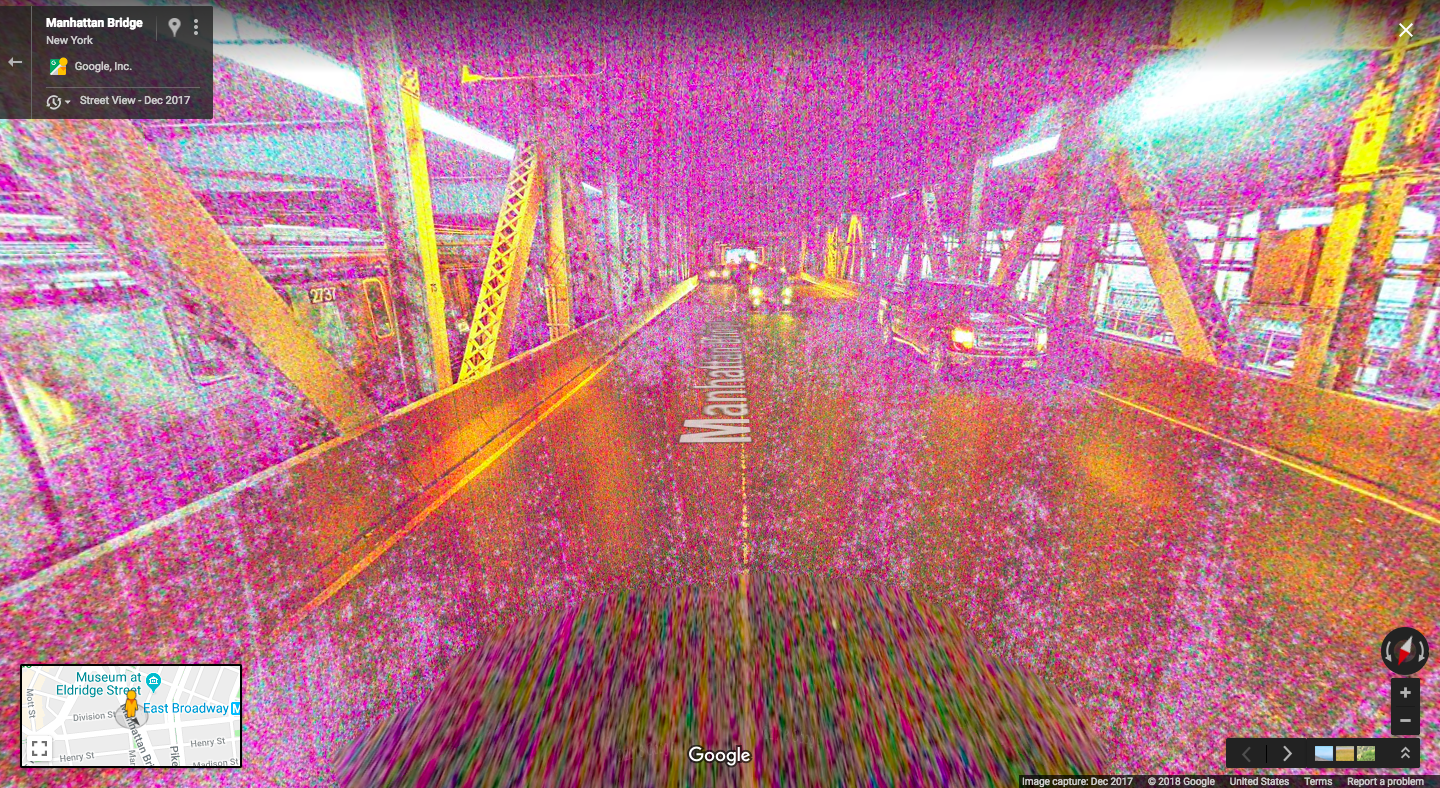 I’ve never walked into a time portal or travelled between dimensions, but I imagine this is exactly what it would look like right before I’d disappear from reality and reappear in who knows where. At first glance, it’s easy to jump to conclusions, But the reality is a lot less exciting. The colors and graininess of this image are due to something many amateur photographers are familiar with – low light. Lighting is key to great imagery, which is why we make an effort to plan our Street View collects accordingly. 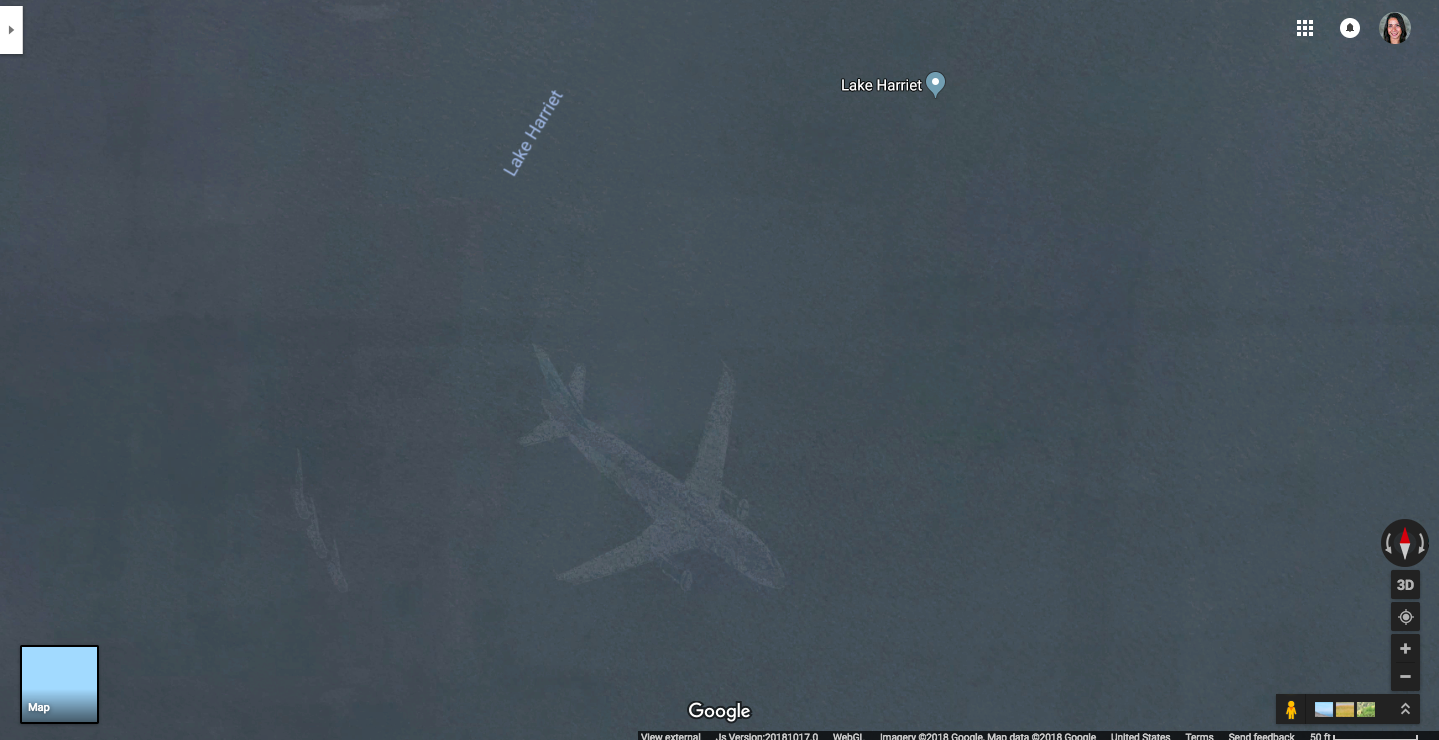 In Minnesota, it looks like a commercial aircraft has plummeted into Lake Harriet, taking its unfortunate passengers with it. But don’t worry—no humans or aircraft were harmed in the making of this image. The reason it looks like the plane is underwater is because each satellite image you see on the map is actually a compilation of several images. Fast-moving objects, like planes, often show up in only one of the many images we use for a given area. When this happens, faint remnants of the fast-moving object can sometimes be seen.

Gateway to the spirit realm 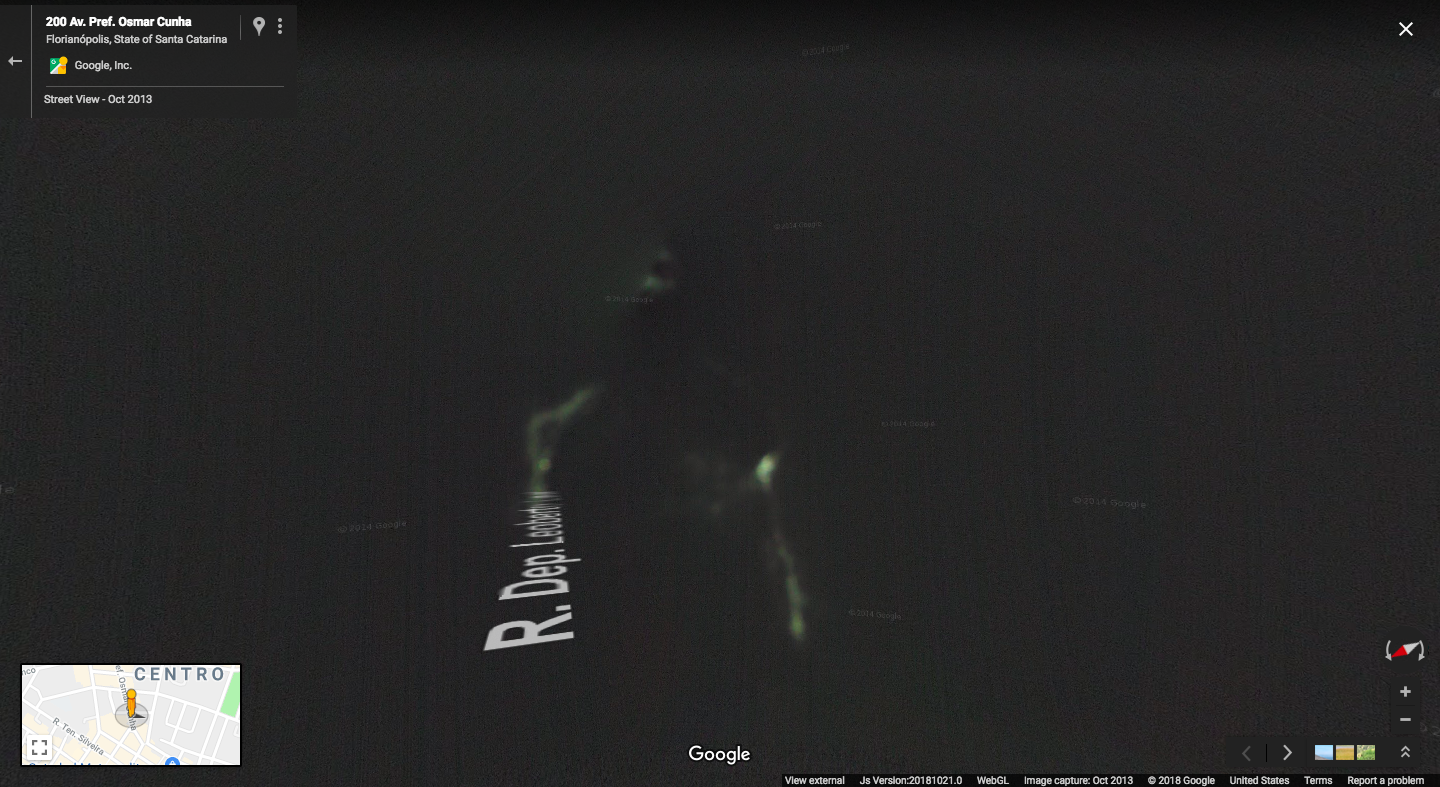 One glance at this and you might just be convinced you’ve found the gateway to the spirit realm—and spotted an evil apparition on its way in!  But lo and behold, there’s a perfectly good explanation for this one, too. The darkness and hazy figure are caused by a snafu we’ve all made ourselves – the camera cover is on!  Small holes in the cover allowed just enough light in to capture this scary view.

Ghost in the museum 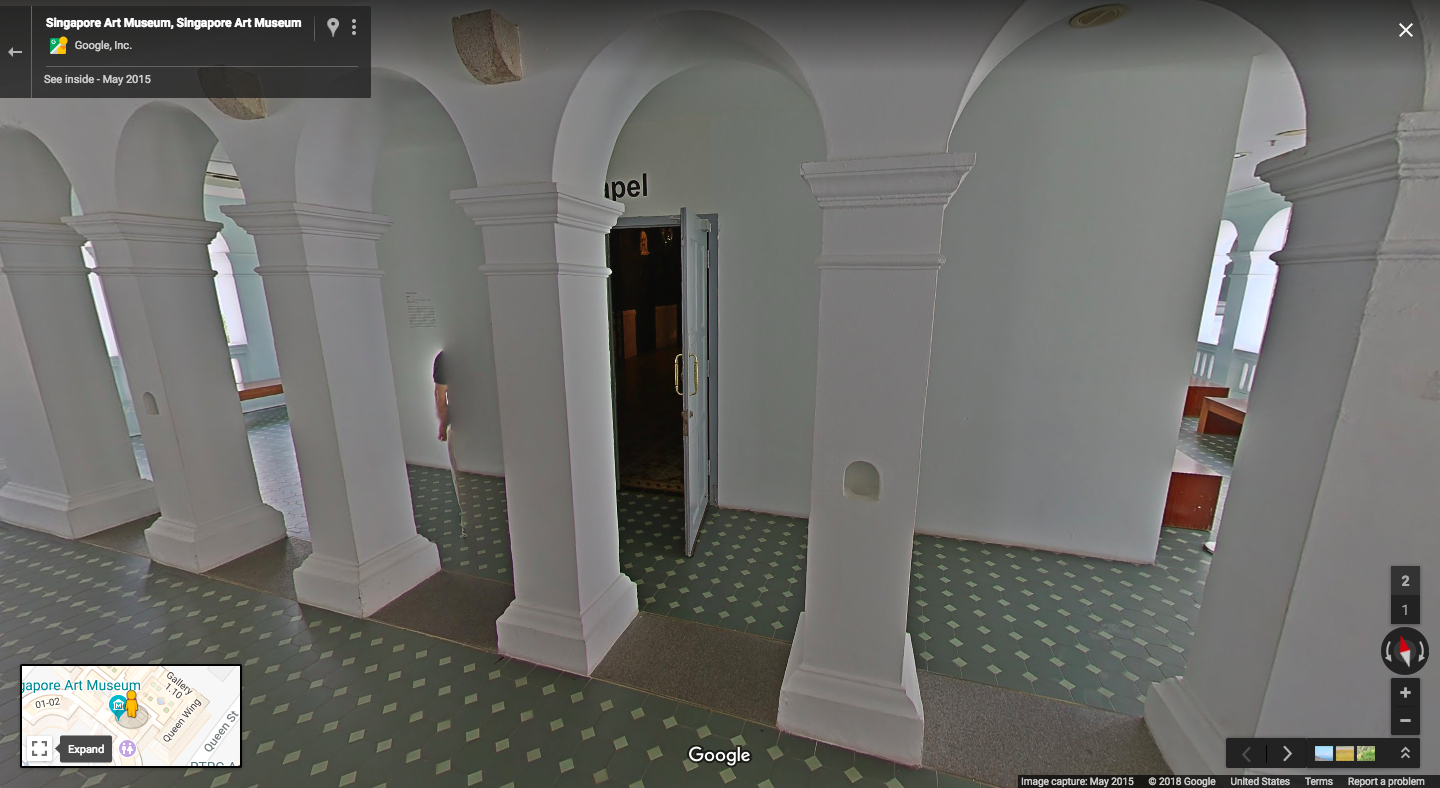 We’ve all thought we’ve seen a ghost out of the corner of our eye (or at least I have) and from this image, you’d think you finally have proof of the other side. Fortunately (or unfortunately if you’re a ghost hunter), these ghostly figures appear rather often in Street View. This is because Street View cameras take photographs as they move. Once the photographs have been taken, they go through computer processing before they're ready for use on Google Maps. This includes stitching the still photos into panoramas. Sometimes when someone or something is moving while the images are captured, we capture only part of that moving object.

The dark side in your own front yard 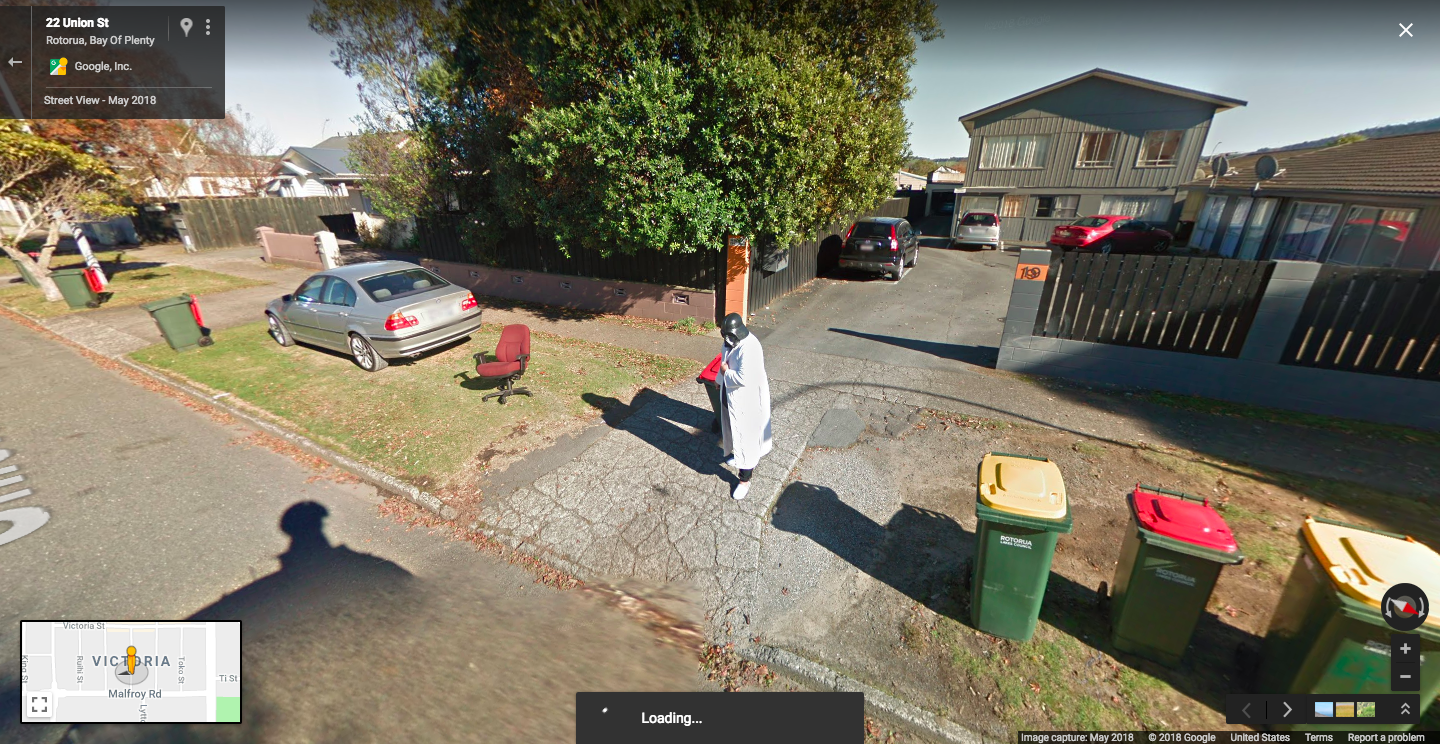 Some super fans might be excited by this image, but others might find it terrifying to see the dark side in their very own front yard. There’s no technical explanation here. This was simply a good old-fashioned trickster who managed to get himself snapped by our Street View camera while taking out the trash—in full costume.

So sorry ghouls and ghosts, but these images just aren’t what they seem. Next time you see a spooky image on Maps or Street View, remember that whether it’s a technical glitch or just a person being silly, there’s always a perfectly reasonable explanation...or is there?