As digital partner to the daily sports newspaper Diario AS, AS.com is a popular destination for sports fans looking for the latest news, statistics and commentary. Based in Madrid, AS.com publishes local editions in Spanish and English for readers around the world.

The AS.com homepage during the Tokyo 2020 Olympics featured a Web Stories carousel, articles and videos of sporting events and star athletes.

AS.com has always set its sights on new and innovative content formats. “Our main goal is to make an impact with the reader. Our journalists at AS are experts at finding the right format for each piece of content to maximize the impact on our audience,” says Diario AS Deputy Editor Tomás de Cos. But with so many online destinations for sports fans, the pressure was on for the team to not only retain but grow their audience. They found their solution with Web Stories.

Introducing Web Stories to the mix

The AS.com team first learned about Web Stories at the AMP Conference 2018 in Amsterdam. Later that year, they published their first Web Story, “Las Claves del Clásico contadas por AS” (“The Keys to the Clásico, explained by AS”), for the Barcelona vs. Real Madrid match — a face-off between the two biggest rivals in Spanish football. “It was a super fun and enriching experiment,” says Manuel Barrios, Deputy Director of Strategy, Digital Distribution and International Expansion at Diario AS. The team spent the next year researching how other media sites use Web Stories, while testing out different publishing tools for their own website.

“Next, we went for a much more ambitious project — a guide to the NBA, launched at the start of the 2020 playoffs,” Manuel shares. The guide included a series of Web Stories about each of the league’s 30 teams, which were featured in a carousel on the homepage. 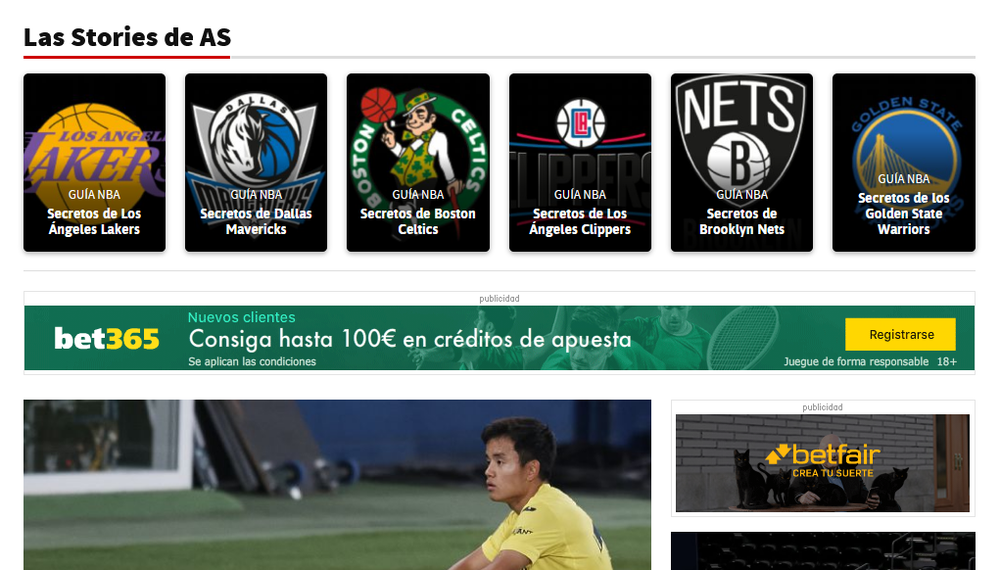 During the 2020 playoffs, AS.com featured Web Stories profiling all NBA teams in a carousel format on its homepage.

Since its success with the NBA series, AS.com has used Web Stories to spotlight other major sporting events, including the 2020 UEFA European Football Championship (Euro 2020). AS.com placed the Euro 2020 Web Stories carousel at the top of the AS.com homepage to make sure visitors would see it.

“We are all too aware that the percentage of users who scroll down on news sites is very low, so our Web Stories had to be seen as soon as our homepage loaded,” Manuel explains. “The coverage from Euro 2020 was crying out for the Web Stories format, because we knew our journalists would be able to make the most of the format and create unique content.” For example, one Web Story shares a behind-the-scenes look at an AS.com journalist’s experience inside the EuroCup stadium. 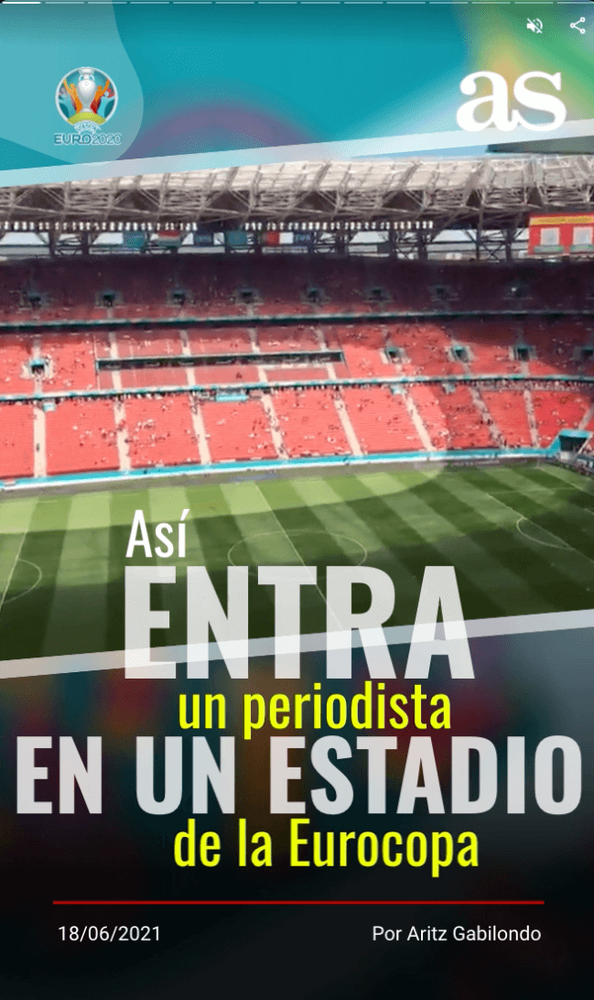 A Web Story from a journalist’s perspective as they enter the EuroCup stadium.

With the help of their partner StatMuse, a Web Stories editor from BeSocy, and the Google Web Creators YouTube channel, AS.com editors have continued incorporating Web Stories into their special news features and events coverage.

“The global audience of our Stories hit 4.4 million pageviews for the European Championships, 3.4 million for the Tokyo Olympic Games, and more than one million for our LaLiga Guide (men’s pro soccer league),” Manuel notes. “Since we launched Web Stories for the European Championships, we’ve had a marked increase in our audience consumption — with the carousel published in a number of international editions of AS.com, such as AS México and AS USA,” Manuel shares. “On average, 15 pages per story were reached, indicating significant reading depth.”

The site hopes to use Web Stories to further boost their daily sports content. “One of our ‘obsessions’ is to have Web Stories integrated organically as a standard format on our site,” Manuel says. 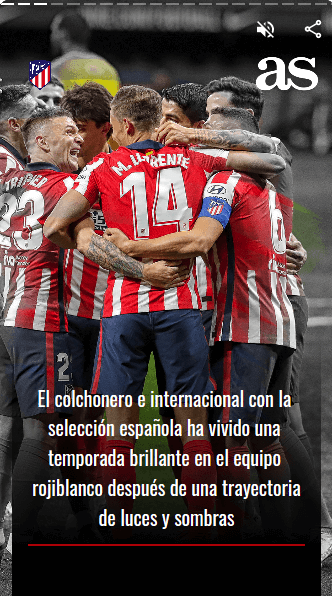 They’re also using Web Stories for more long-form features, like the 2021 Formula 1 racing competition kickoff. This particular feature has a separate Web Story for each team, including snippets of video interviews in the pages of the story. 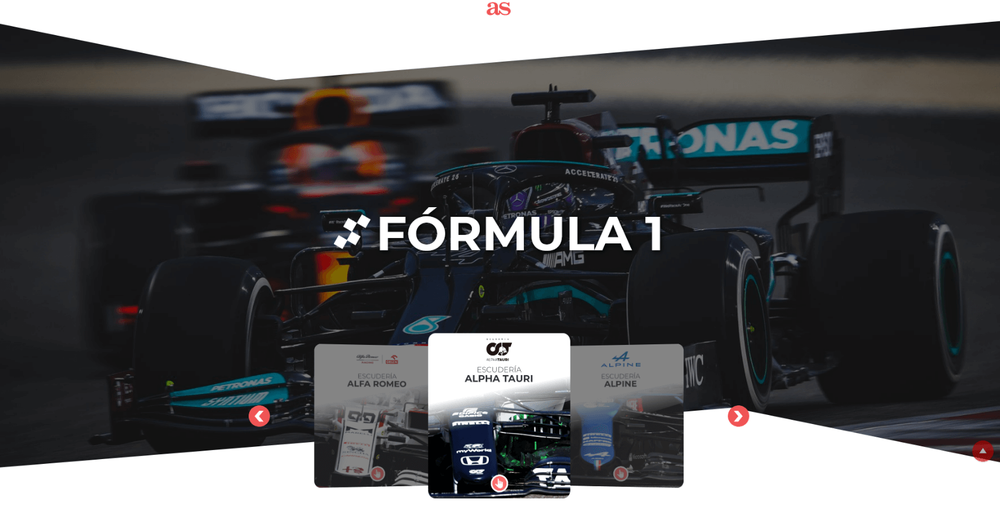 AS.com used Web Stories to cover the teams and race cars in the 2021 Formula 1 competition.

The team now hopes to take their success with Web Stories to the AS mobile app. “We loved Web Stories from the very first moment for their editorial potential, and their capacity for storytelling,” Deputy Editor Tomás says. “Web Stories let us create the dynamic content our audience is hungry for.”