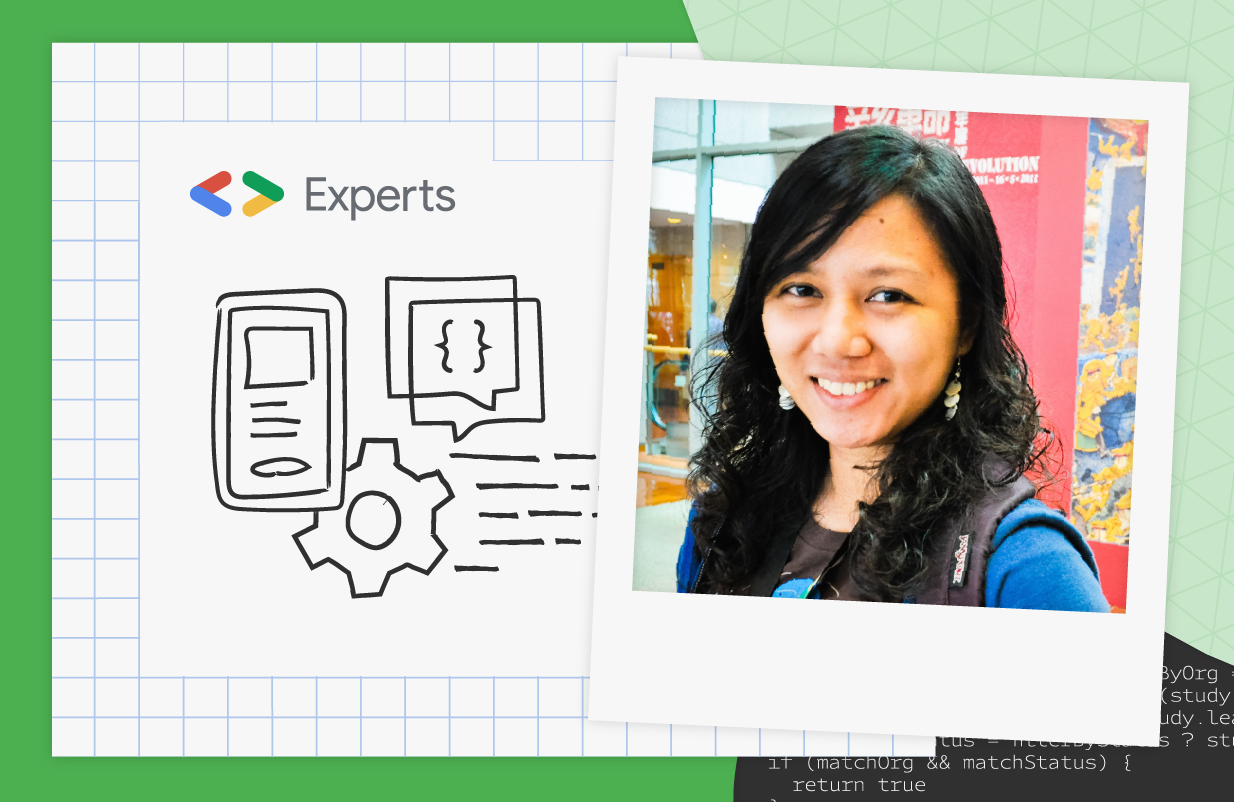 Posted by The Google Developers Team

For Women’s History Month, we’re celebrating a few of our Google Developer Experts. Meet Zarah Dominguez, Android GDE. The GDE program team encourages qualified candidates that identify as women or non-binary to express interest in joining the community by completing this form.

Zarah Dominguez started Android development in 2009 and hasn’t looked back. “When I first discovered Android, I thought it was super cool seeing what I have coded come to life on a device within just a few clicks,” she says.

Learning Android on her own, Zarah began documenting what she learned, to remember it herself and to help others. “Sometimes, I'd see answers on StackOverflow that said, ‘It's simple,’ or ‘It's straightforward,’ but it wasn't simple or straightforward for me, so I kept on writing, and more people, all over the world, started reading my posts. I was very surprised when I met another Android dev at Google I/O, and she told me that one of my posts helped her get unstuck. Being able to help even one person is a reward in itself, and hearing that from a fellow developer made me happy.”

Zarah got involved in the local Android community by speaking at conferences and organizing meetups, and a community manager nominated her to apply for the GDE program. She has run monthly Android meetups in Sydney and organized DevFests, and she speaks at community events and conferences in the U.S., Australia, and New Zealand.

Android development is exciting and challenging because of the dynamic nature of the technology, Zarah says, with new features being released frequently and a vibrant developer community engaged with the platform. “The community around Android development is amazing–everyone is generous with their time and knowledge, which helps me improve my apps’ stability and performance,” she says. “The guidance and tools the Android team provides help me make better choices as a developer, influencing how I approach problems and propose solutions.”

Helping others is Zarah’s priority, as she believes accessibility should be first and foremost in the minds of app developers. “Technology, when used properly, has a huge potential of improving the lives of so many people,” she says. “I like building apps that have a positive social impact. From apps that help phlebotomists and nurses record and organize blood samples, to real estate apps that help people find their perfect home, to supermarket apps that help Australians get their weekly shop sorted, Android has allowed me to reach thousands of people and make their day-to-day tasks a little bit easier.”

She encourages other women developers to be confident and join the community. “@AndroidFeminati on Twitter is a good place to start,” she says. “It's an inclusive and supportive group of women in Android. It's also good to seek out local meetups like Women Who Code or Girl Geek Dinners to meet other women in tech in your local area. There's nothing like having a group of strong women who are behind you no matter what and will support you 100%.”

She advises taking mistakes in stride and staying upbeat. “You will learn from it, and you will be better for it,” she says. “Perhaps most important of all is to always remember that you are capable, you are strong, you are extraordinary, and do not let anyone tell you otherwise!”

The GDE program team encourages qualified candidates that identify as women or non-binary to express interest in joining the community by completing this form.