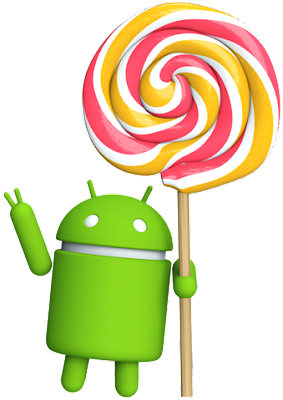 This week, we announced Android 5.0 Lollipop. Starting today, you can download the full release of the Android 5.0 SDK, along with updated developer images for Nexus 5, Nexus 7 (2013), ADT-1, and the Android emulator.

Therefore, now is the time to test your apps on the new platform. You have two more weeks to get ready!

Android 5.0 Lollipop introduces a host of new APIs and features including:

There's much more, so check out the Android 5.0 platform highlights for a complete overview.

The Android 5.0 SDK includes updated tools and new developer system images for testing. You can develop against the latest Android platform using API level 21 and take advantage of the updated support library to implement Material Design as well as the leanback user interface for TV apps.

You can download these components through the Android SDK Manager and develop your app in Android Studio:

For developers using the Android NDK for native C/C++ Android apps we have:

For developers on Android TV devices we have:

Similar to our previous release of the preview, we are also providing updated system image downloads for Nexus 5 & Nexus 7 (2013) devices to help with your testing as well. These images support the Android 5.0 SDK, but only have the minimal apps pre-installed in order to enable developer testing:

Validate your apps with the Android 5.0 SDK

With the consumer availability of Android 5.0 and the Nexus 6, Nexus 9, and Nexus Player right around the corner, here are a few things you should do to prepare:

Once you validate your current app, explore the new APIs and features for Android 5.0.

Android 5.0 Lollipop introduces Material Design, which enables your apps to adopt a bold, colorful, and flexible design, while remaining true to a small set of key principles that guide user interaction across multiple screens and devices. 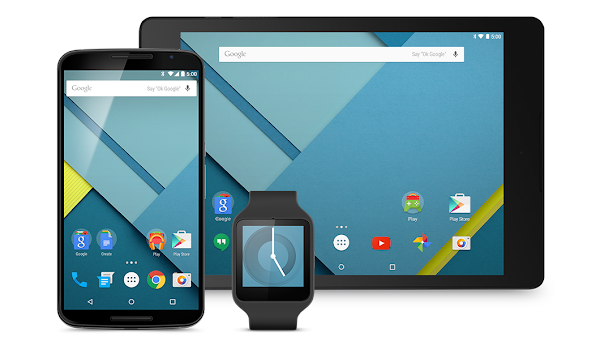 Get your apps ready for Google Play!

Starting today, you can publish your apps that are targeting Android 5.0 Lollipop to Google Play. In your app manifest, update android:targetSdkVersion to "21", test your app, and upload it to the Google Play Developer Console.

Starting November 3rd, Nexus 9 will be the first device available to consumers that will run Android 5.0. Therefore, it is a great time to publish on Google Play, once you've updated and tested your app. Even if your apps target earlier versions of Android, take a few moments to test them on the Android 5.0 system images, and publish any updates needed in advance of the Android 5.0 rollout.

Stay tuned for more details on the Nexus 6 and Nexus 9 devices, and how to make sure your apps look their best on them. 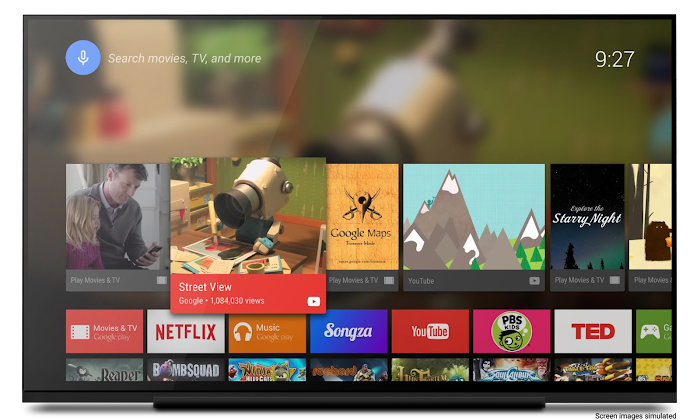 Next up, Android TV!

We also announced the first consumer Android TV device, Nexus Player. It’s a streaming media player for movies, music and videos, and also a first-of-its-kind Android gaming device. Users can play games on their HDTVs with a gamepad, then keep playing on their phones while they’re on the road. The device is also Google Cast-enabled, so users can cast your app from their phones or tablets to their TV.

If you’re developing for Android TV, watch for more information on November 3rd about how to distribute your apps to Android TV users through the Google Play Developer Console. You can start getting your app ready by making sure it meets all of the TV Quality Guidelines.

Get started with Android 5.0 Lollipop platform

If you haven’t had a chance to take a look at this new version of Android yet, download the SDK and get started today. You can learn more about what’s new in the Android 5.0 platform highlights and get all the details on new APIs and changed behaviors in the API Overview. You can also check out the latest DevBytes videos to learn more about Android 5.0 features.

Enjoy this new release of Android!