Information is powerful, and historical and cultural information can help us understand the world around us today. That’s why we built Google Arts & Culture—to put the world’s cultural treasures at anyone’s fingertips, and to help museums and other organizations share more of their diverse heritage with the world. So far we’ve partnered with more than 1,100 institutions to share 400,000+ artworks and 5 million photos, videos, manuscripts, and other documents of art, culture and history.

Today, ahead of the Republican and Democratic national conventions, we’re putting that platform to work sharing documents and artifacts in a new collection: American Democracy.

The American Democracy collection allows anyone with an internet connection to explore more than 70 exhibits and 2,500+ artifacts from 45 institutions across the United States—including the Constitutional Rights Foundation in Los Angeles, Thomas Jefferson’s home Monticello, and 8 different Presidential Libraries. The exhibition is open for all at g.co/AmericanDemocracy and through the Google Arts & Culture mobile app for iOS and Android.

Witness the election of 1800, following George Washington’s presidency, in which Federalists and Democratic-Republicans fought over the issue of more government or less—a debate we still have today. 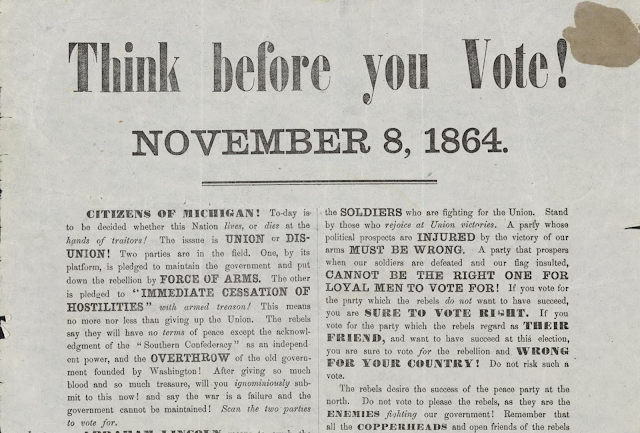 ABOVE: Think Before You Vote Republican Party advertisement informing Michigan voters why they should re-elect Abraham Lincoln as president over George McClellan. From the collection of President Lincoln’s Cottage

Revisit the 1860 election, when a four-way battle culminated in Abraham Lincoln’s ascension to the office of the president. 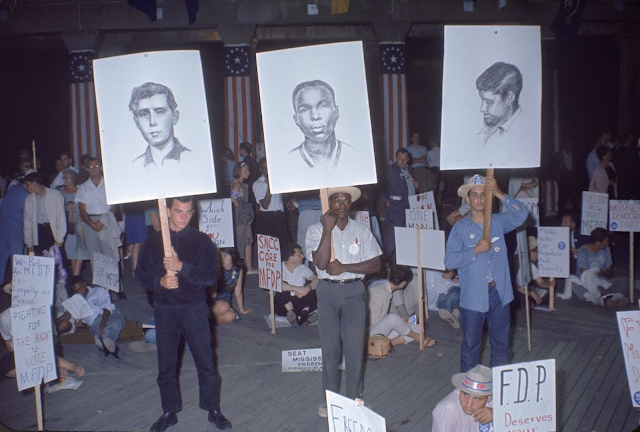 Explore exhibits that offer a view into the legacy of the fight for equal civil rights—well worth remembering and celebrating given the events of today. Relive the history of women in presidential elections and of women in the fight for civil rights thanks to the National Museum of Women’s History, or examine the violent and chaotic Democratic National Convention of 1968 in Chicago in an exhibit from the Chicago History Museum.

And experience conventions from the past, as told by members of the press who were actually there, in the Archive of American Television’s Stories from National Political Conventions. Or view never-before-seen pictures of President Richard Nixon addressing the crowd at the Republican National Convention of 1972, photographed by renowned photographer Ollie Atkins and the White House Photo Office.

Knowledge of the past helps us understand the impact of our choices on the future. Every few years, American citizens are challenged with the question of how they want to be governed and to what end. With the American Democracy collection on Google Arts & Culture, we hope to make the history of those choices, and their outcomes, available to all.