"We're going to have 21st century fireside chats where I'll speak directly to the American people in a way that I think will enhance democracy and strengthen our government." -Senator Barack Obama, November 15, 2007

Tomorrow evening, President Obama will deliver his final State of the Union address to Congress, which will broadcast live on YouTube. Then, as he has every year after the speech, he’ll turn to YouTube and Google to take questions from Americans about the issues that matter to them.

This Friday, January 15, Destin Sandlin, Ingrid Nilsen, and Adande Thorne—three popular YouTube creators—will travel to Washington, D.C. to host a live YouTube Interview with President Obama. They’ll join the President in the East Room of the White House, asking a selection of questions that are top of mind for them and their fans. You can watch the whole thing on the White House YouTube channel—and if you have a question for the President, suggest it by using the hashtag #YouTubeAsksObama on social media. 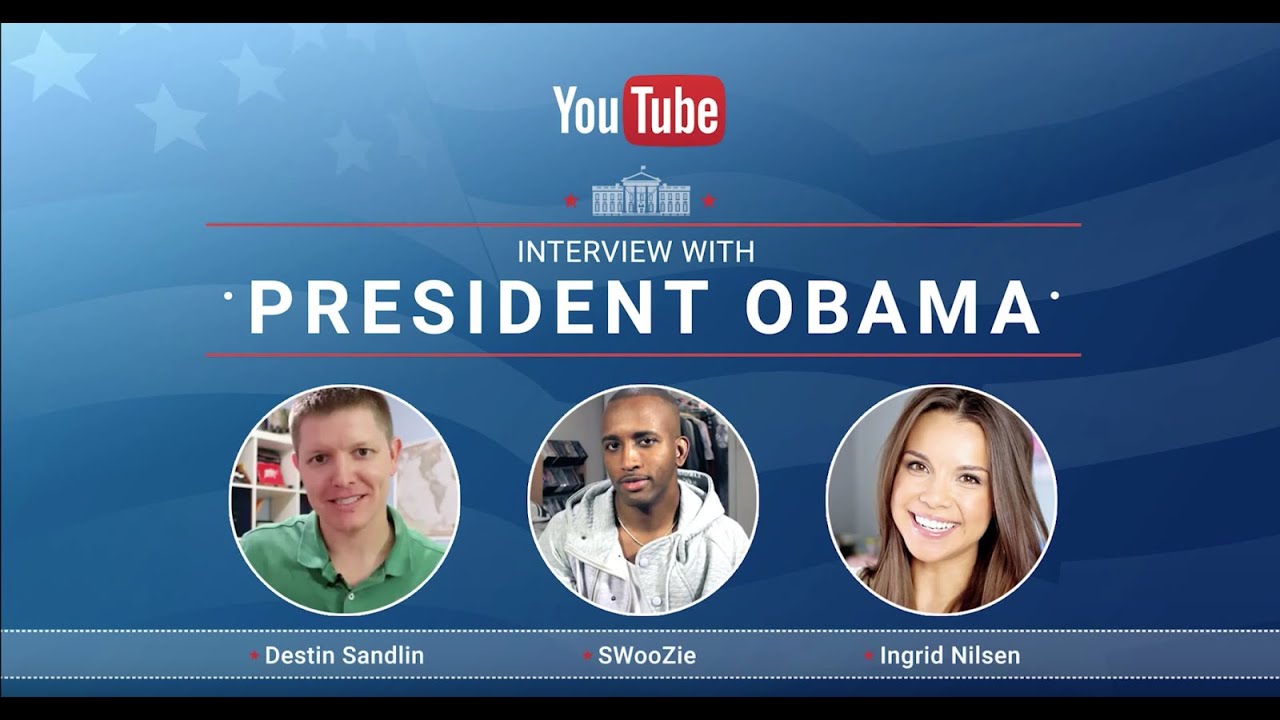 The interview will stream live on the White House YouTube channel on Friday, January 15 at 2:15 p.m. EST. And don’t forget to tune in on January 12 at 9 p.m. EST to watch the State of the Union address live, as well as the Republican response, live on YouTube.

Throughout his time in office, President Obama has used technology to open up the doors (all 412 of them) to the White House—from posting behind-the-scenes photos of life in the West Wing to uploading a weekly address on the most pressing topics facing the nation. We’re excited to have played a role in this process with our seven YouTube Interviews, tackling issues big and small, poignant and personal. We look forward to helping future presidents connect with Americans in compelling ways.