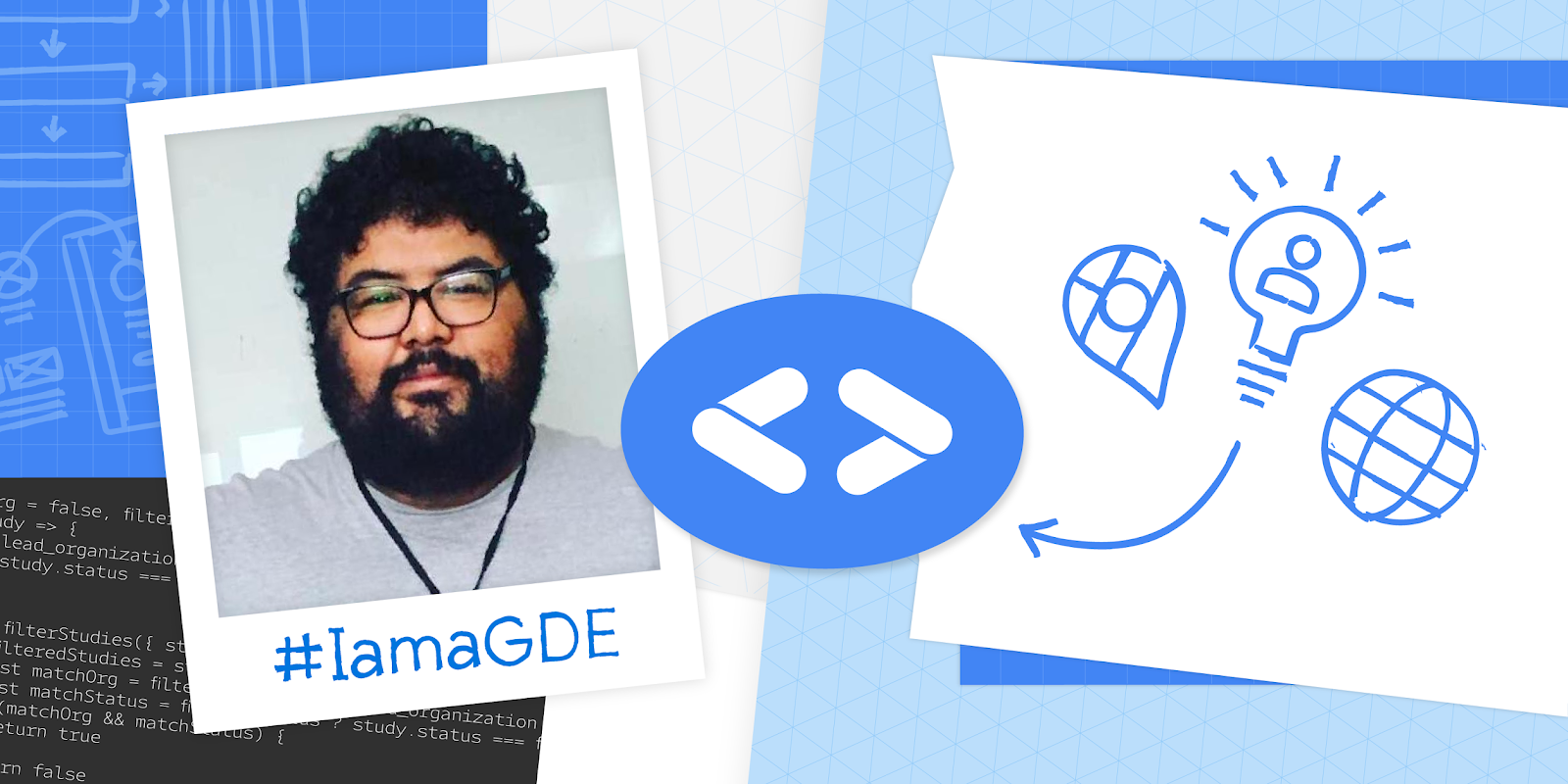 Joel Humberto Gómez is an application developer at IBM, writing applications that improve the performance of IBM’s internal organization. While his job focuses on frontend development using React, he also has experience with web development using JavaScript. He has held many technical lead roles, in which he makes technical decisions and product delivery plans. Joel has a Computer Science degree from Universidad Veracruzana and has familiarity with databases, mobile development, web development, networks, and servers. He is a GDE in Web Technologies and Google Maps Platform.

“I’ve been involved in projects related to asset delivery and NFC in mobile development and projects about data visualization and automation processes in companies,” he says. “In 2022, I want to be more involved in the open source community.”

Joel uses Google Maps Platform to visualize data and explore data in projects focused on data visualization. In one project, he used the Maps JavaScript API. In another, he focused on trace routes and visualizing points to recollect and deliver packages. In a third project, he used the Place Autocomplete services and Directions API. Now, he is working on a non-profit project to show some places related with medical services.

At university, one of Joel’s instructors organized events related to Linux, like Install Fest, with his students.

“With time, I became one of their students, and he motivated me to share knowledge with others and be brave and go beyond the university and my comfort zone,” Joel says. “I started to organize events and talks and got to know people in other communities.”

“My chapter was GDG Monterrey,” he says. “We organized an Android Study Jam and some Google I/O Extended events.”

Gómez enjoyed sharing with his community and received encouragement from other GDEs to apply to the GDE program to share his knowledge more widely.

“I love to share with my community, but sometimes the knowledge just stays in your community,” he says. “Diego DeGranda, a GDE specializing in web technologies, encouraged me to apply and go beyond my community to share with communities outside of my country.”

As a GDE, Gómez has met other developers from around the world, with whom he talks about technology and shares experiences. Another benefit of being a GDE is the opportunity to learn from other GDEs and Google employees.

“In 2020, I had more activities, because location wasn’t a limitation anymore,” he said. “For speakers, virtual meetings are sometimes complicated, but we are adapting to this situation and using and creating tools to get and provide a better experience.”

“I think it’s a cool feature and has a lot of potential to create better applications,” he says. “I have some projects where Local Context helps me with some features, and I don’t need to develop by myself. In 2020, I gave some talks about the new features, wrote blog posts about them, and made videos about them.”

Joel plans to create more content about Local Context, Plus Codes and other features in Google Maps Platform.

“I’m planning to start with a podcast about Maps and how to use it to create better applications,” he says. “I’ve been doing this in Spanish, so I need to create content in English, too.”

He has three professional goals: start to contribute to open source, create a little startup, and start projects that use Google Maps Platform.