Indian app developers are already building successful businesses on the Google Play Store, offering a range of great apps across categories, and we are committed to helping them grow. One way to make this happen is to make it even easier for people to pay for apps and in-app content, which is why we are pleased to add Unified Payment Interface (UPI) as a new payment method to the existing roster of credit or debit card, net banking, direct carrier billing, and gift cards options. 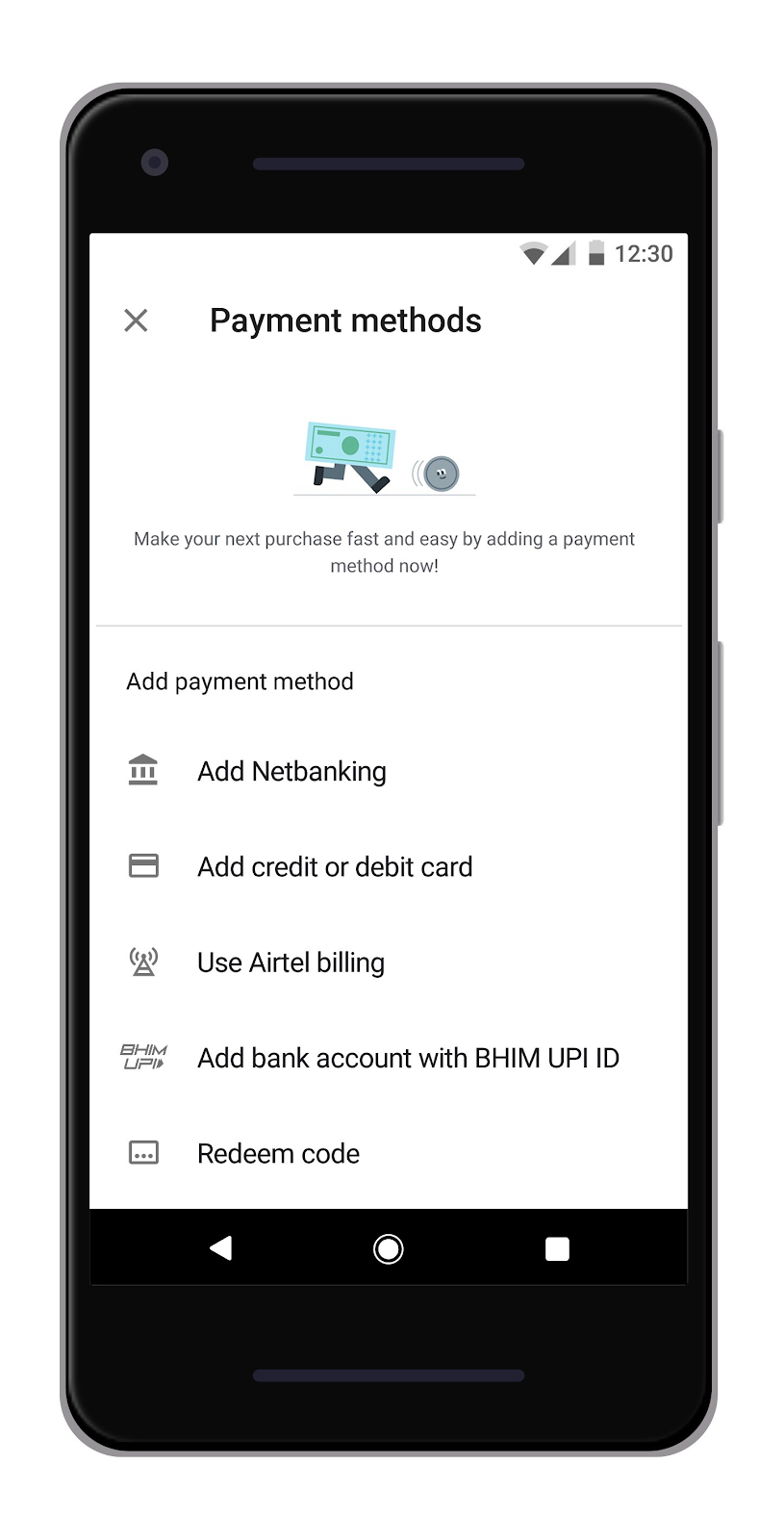 UPI has grown over 50 times since its launch in August 2017, clocking 918 million transactions in August 2019 alone. A payment system that enables transfers, directly from one bank account to another, its ease and convenience has helped it outpace all other forms of digital payment in India. Users across the country are now choosing UPI for everything from utility bill payments, mobile recharges, in-store transactions and much more, and we’re pleased to bring its convenience to millions of users on Google Play.

Over the next few weeks on the Play Store in India, UPI will show up as a new payment option for purchasing apps, games, and in-app content using your preferred UPI app including BHIM, Google Pay, Paytm and PhonePe. Simply link your UPI ID (VPA or Virtual Payment Address) in Google Play Store Billing, and use your bank account to conveniently make app and in-app purchases.

The addition of UPI as a payment option on the Google Play Store allows even more people to enjoy premium apps, games, and in-app content, while helping developers and creators reach a wider audience for their apps and content.
Posted by Saurabh Agarwal, Head of Google Play Retail & Payments Activation - India, Vietnam & New Zealand