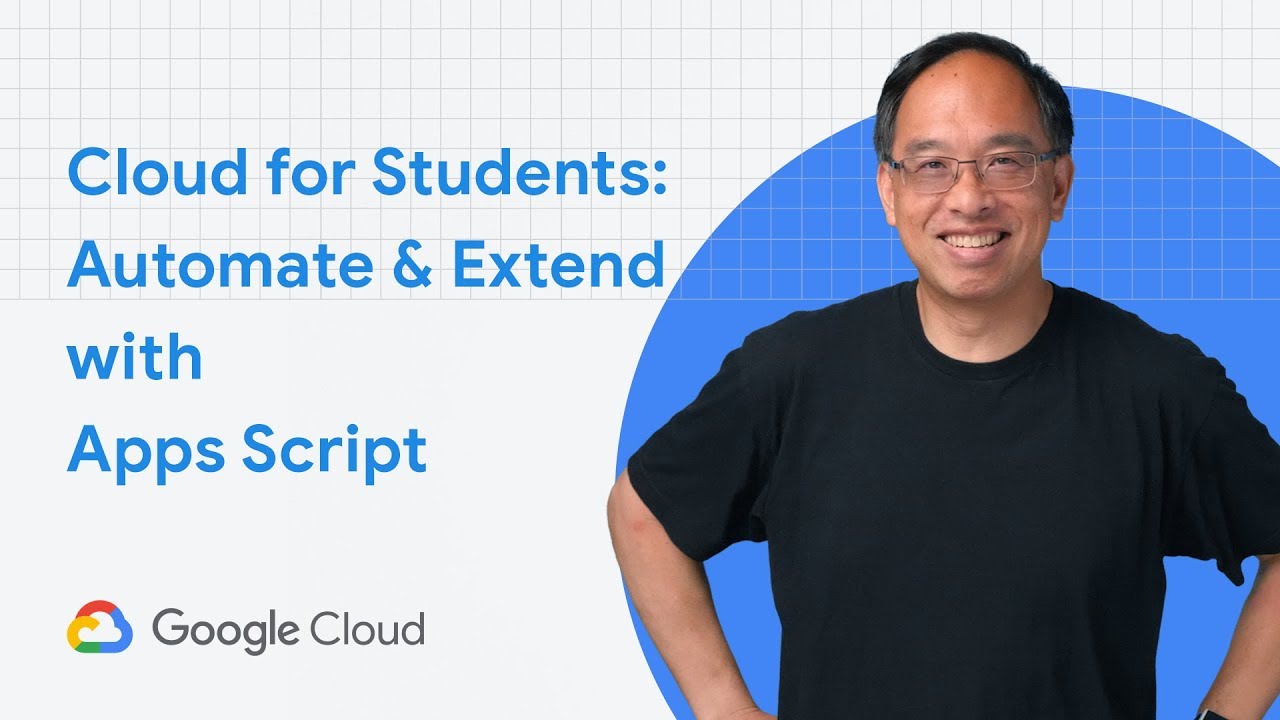 In the previous episode of our new Google Cloud for Student Developers video series, we introduced G Suite REST APIs, showing how to enhance your applications by integrating with Gmail, Drive, Calendar, Docs, Sheets, and Slides. However, not all developers prefer the lower-level style of programming requiring the use of HTTP, OAuth2, and processing the request-response cycle of API usage. Building apps that access Google technologies is open to everyone at any level, not just advanced software engineers.

Enhancing career readiness of non-engineering majors helps make our services more inclusive and helps democratize API functionality to a broader audience. For the budding data scientist, business analyst, DevOps staff, or other technical professionals who don't code every day as part of their profession, Google Apps Script was made just for you. Rather than thinking about development stacks, HTTP, or authorization, you access Google APIs with objects.

This video blends a standard "Hello World" example with various use cases where Apps Script shines, including cases of automation, add-ons that extend the functionality of G Suite editors like Docs, Sheets, and Slides, accessing other Google or online services, and custom functions for Google Sheets—the ability to add new spreadsheet functions.

One featured example demonstrates the power to reach multiple Google technologies in an expressive way: lots of work, not much code. What may surprise readers is that this entire app, written by a colleague years ago, is comprised of just 4 lines of code:

Apps Script shields its users from the complexities of authorization and "API service endpoints." Developers only need an object to interface with a service; in this case, SpreadsheetApp to access Google Sheets, and similarly, Maps for Google Maps plus GmailApp for Gmail. Viewers can build this sample line-by-line with its corresponding codelab (a self-paced, hands-on tutorial). This example helps student (and professional) developers...

For further exploration, check out this video as well as this one which introduces Apps Script and presents the same code sample with more details. (Note the second video emails the map's link, but the app has been updated to attach it instead; the code has been updated everywhere else.) You may also access the code at its open source repository. If that's not enough, learn about other ways you can use Apps Script from its video library. Finally, stay tuned for the next pair of episodes which will cover full sample apps, one with G Suite REST APIs, and another with Apps Script.

We look forward to seeing what you build with Google Cloud. 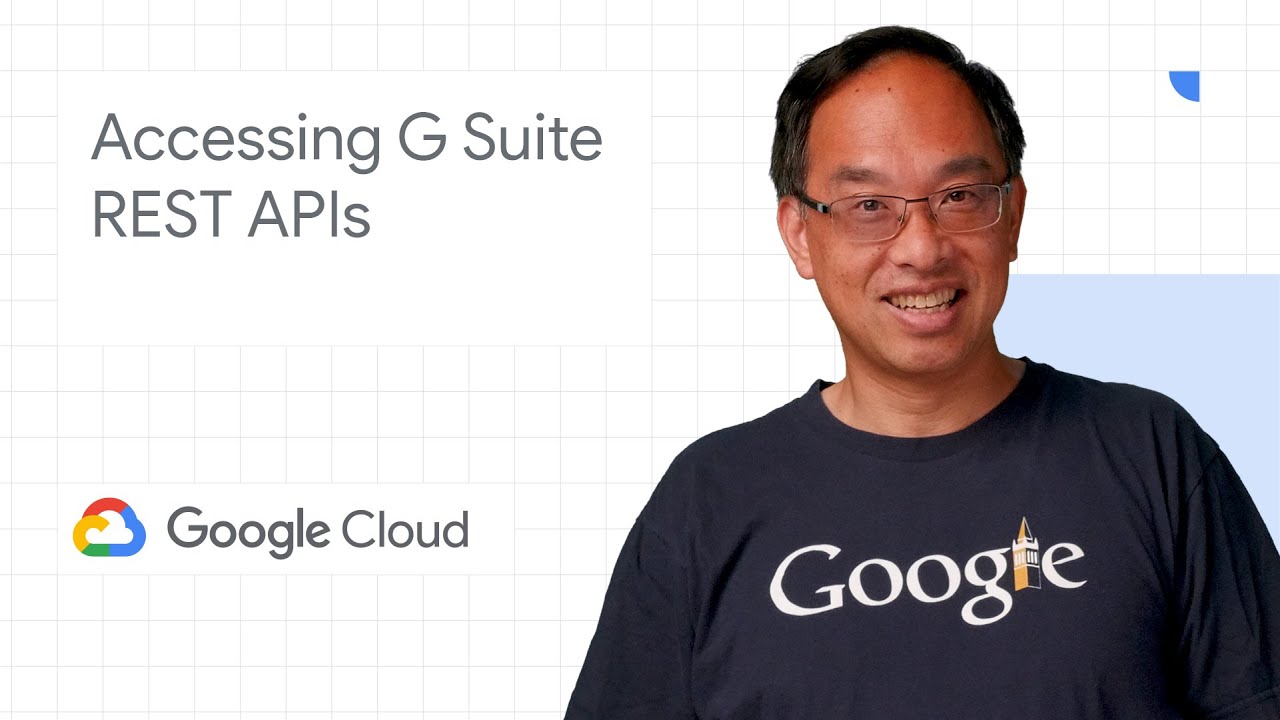 The first code sample has a corresponding codelab (a self-paced, hands-on tutorial) where you can build a simple Python script that displays the first 100 files or folders in your Google Drive. The codelab helps student (and professional) developers...

While everyone is familiar with using Google Drive and its web interface, many more doors are opened when you can code Google Drive. Check this blog post and video for a more comprehensive code walkthrough as well as access the code at its open source repository. What may surprise readers is that the entire app can be boiled down to just these 3-4 lines of code (everything else is either boilerplate or security):

Once an "API service endpoint" to Google Drive is successfully created, calling the list() method in Drive's files() collection is all that's needed. By default, files().list() returns the first 100 files/folders—you can set the pageSize parameter for a different amount returned.

The video provides additional ideas of what else is possible by showing you examples of using the Google Docs, Sheets, and Slides APIs, and those APIs will be accessed in a way similar to what you saw for Drive earlier. You'll also hear about what resources are available for each API, such as documentation, code samples, and links to support pages.

If you wish to further explore coding with G Suite REST APIs, check out some additional videos for the Drive, Sheets, Gmail, Calendar, and Slides APIs. Stay tuned for the next episode which highlights the higher-level Google Apps Script developer platform.

We look forward to seeing what you build with Google Cloud! 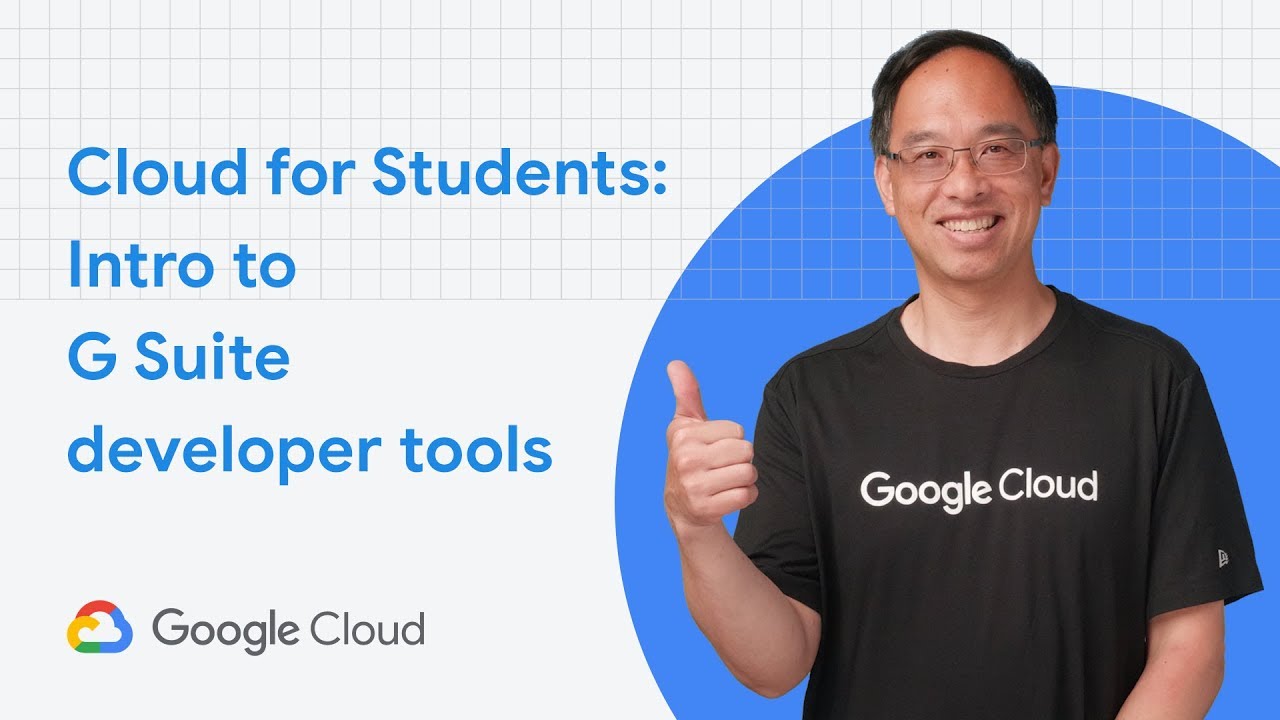 To that end, the Google Cloud team is creating a "Google Cloud for Student Developers" YouTube video series crafted specifically for the student developer audience.

While viewable by developers with any experience with Google Cloud, this series focuses on developing skills that will help student developers in their future careers. Google Cloud includes a pair of well-known product groups, Google Cloud Platform (GCP) as well as G Suite. While most equate GCP for developers and G Suite for users, many don't know that behind each G Suite application like Gmail, Google Drive, Calendar, Docs, Sheets, and Slides, are developer APIs.

The Google Cloud higher education team is happy to announce the first of a 5-episode mini-series to kickoff the video collection that shows student developers how they can code G Suite, starting with this first one introducing the G Suite developer landscape. Viewers will hear about the HTTP-based RESTful APIs as well as Google Apps Script, a serverless higher-level development environment that allows for automation, extension of G Suite app functionality, as well as integration of your apps with Gmail, Drive, Calendar, Docs, Sheets, Slides, and many more G Suite, Google, and even external services.

Succeeding episodes dig deeper into the RESTful APIs as well as Apps Script, with the final pair of videos showing students full-fledged apps they can build with G Suite developer tools. To learn more about integrating with G Suite, see its top-level documentation site and overview page as well as the set of all G Suite developer videos. Also stay tuned for new episodes in the series that focus on GCP developer tools. We look forward to seeing what you can build with G Suite, but also with GCP as well… or both at the same time!