By Jason Titus, Vice President, Developer Product Group
It's great to be in our backyard again for Google I/O to connect with developers around the world. The 7,200 attendees at Shoreline Amphitheatre, millions of viewers on the livestream, and thousand of developers at local I/O Extended events across 80+ countries heard about our efforts to make the lives of developers easier -- allowing them to focus on the problems they're trying to solve by minimizing the pain points of building a product.
Earlier this morning, our CEO Sundar Pichai talked about our various billion-user platforms. Whether it's Android or Chrome or the mobile Web, our success would not have been possible without the developer community. And during our Developer Keynote, we covered our heavy investments in tools and services for developers who build on our platforms every day.
We have a lot to cover over the next three days. Let's take a closer look at the major developer news at I/O so far:


Platforms that connect developers to billions of users around the world

New interfaces to push the limits of what's possible

It's important to us that developers are successful. In addition to building products that help solve developer challenges, we're on the ground in over 130 countries, growing and expanding the developer community through programs such as Women Techmakers & Google Developer Groups (GDGs). We're also investing in training programs like Google Developers Certification and courses through Udacity and other partners to help developers deepen their technical capability. We're also excited to announce two large multi-product developer events, Google Developer Days, which are planned for Europe (September 2017 in Krakow, Poland) and India (December 2017 in Bangalore, India). If you are interested to find out more, sign up for updates on g.co/gdd2017.
During Google I/O, attendees and viewers have an opportunity to dive deep into a number of these areas with 14 content tracks and 140+ breakout sessions -- covering Android to Assistant to VR -- and all livestreamed. We've also launched over 70 codelabs to get developers up and running with our latest APIs today.
Whether it's Android, Chrome, Play, VR/AR, the Cloud, and the Mobile Web — we're constantly investing in the platforms that connect developers to billions of users around the world. Thank you to the continued support and feedback from the developer community.

Just in time for Google I/O 2017, we're providing a sneak peak of Android Studio 3.0 - available to download today on our canary release channel. Android Studio's our official IDE, purpose-built for Android, and we keep increasing our investment. The feature set in Android Studio is focused on accelerating your app development flow and providing the latest tools built for the Android platform.

We have been quietly iterating on many of these features as part of the Android Studio 2.4 Canaries. Today we are renumbering the release to Android Studio 3.0 after recognizing that we added many significant features, and that we had to introduce a rare breaking change in the Android Gradle Plugin to improve scalability and build times. If you want to target Android O, create an Instant App, start developing with the Kotlin language or use the latest in Android app performance tools to improve your app quality then you should download Android Studio 3.0 Canary 1 today.

Check out the the list below organized into key developer flow for the details of the new features in this first canary release of Android Studio 3.0. 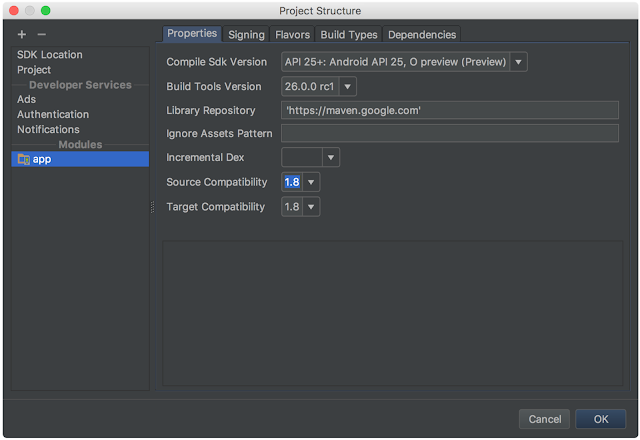 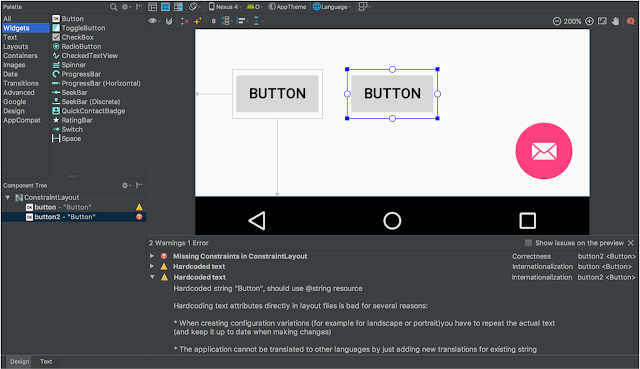 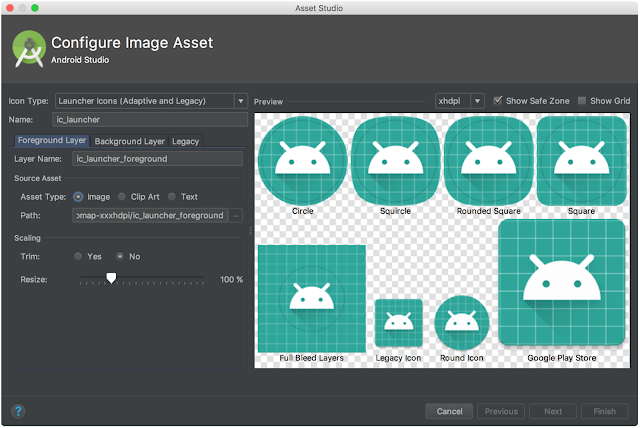 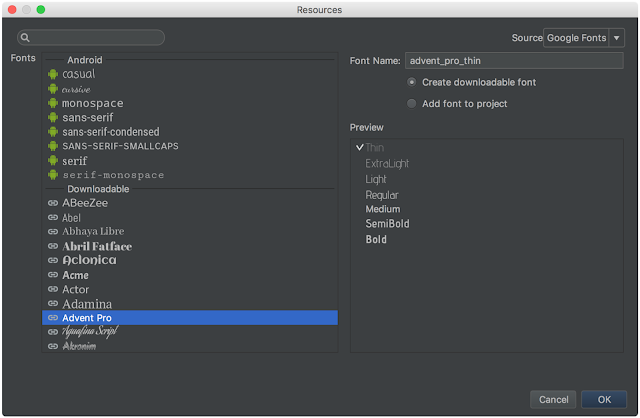 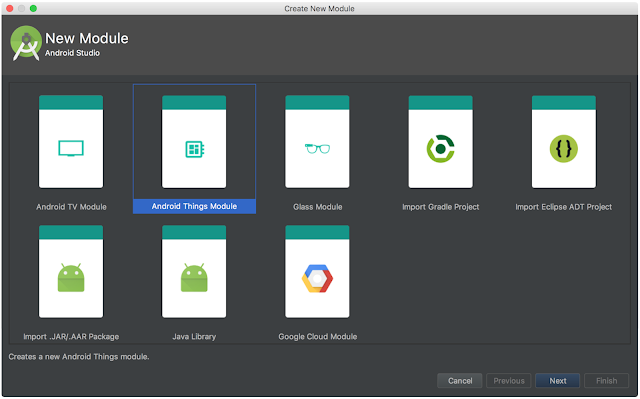 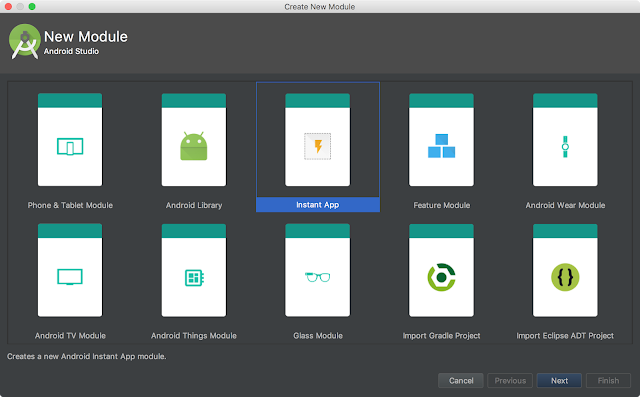 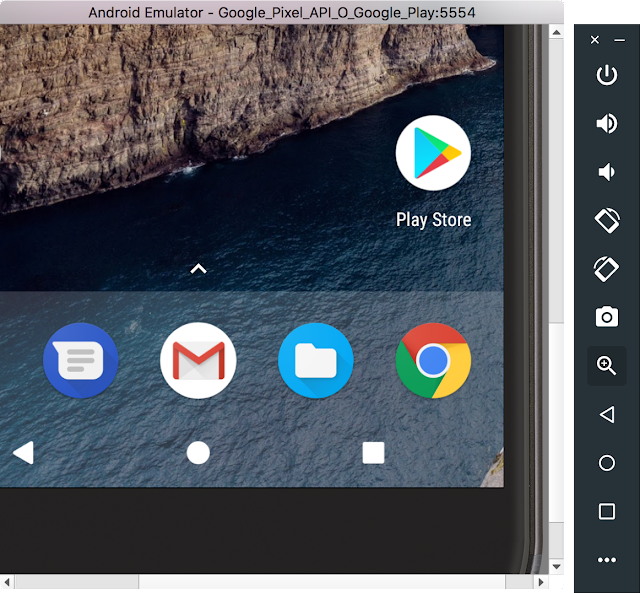 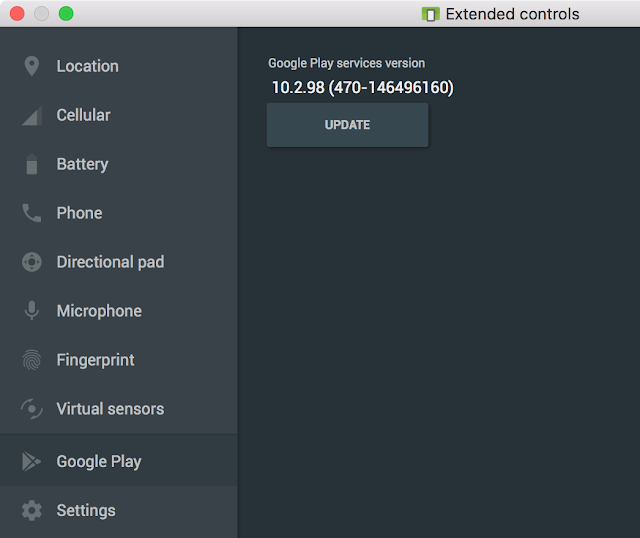 To ensure app security and a consistent experience with physical devices, the emulator system images with the Google Play store included are signed with a release key. This means you will not be able to get elevated privileges. If you require elevated privileges (root) to aid with your app troubleshooting, you can use the Android Open Source Project (AOSP) emulator system images that do not include Google apps or services. To get started, make sure you are using Android Emulator v26.1+, the latest system images API 24+ and then create a new AVD with a Google Play icon next to the device definition. Learn more. 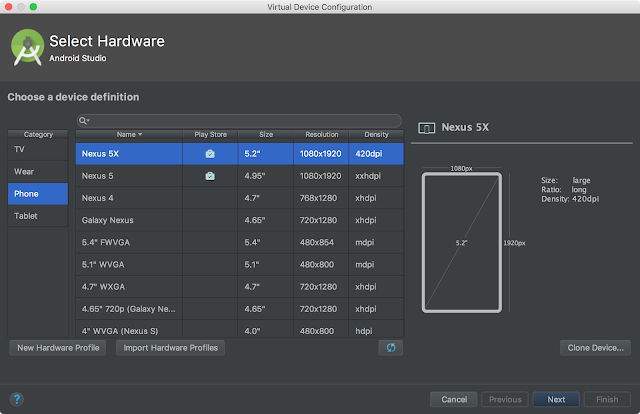 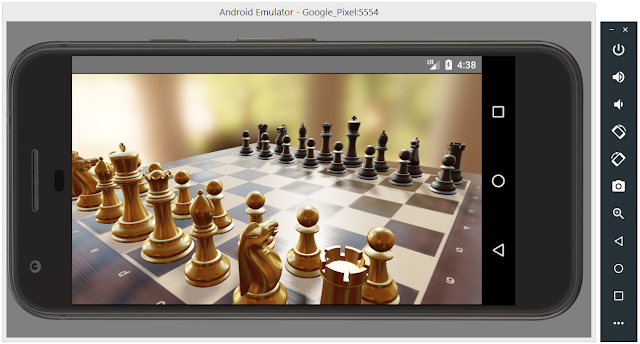 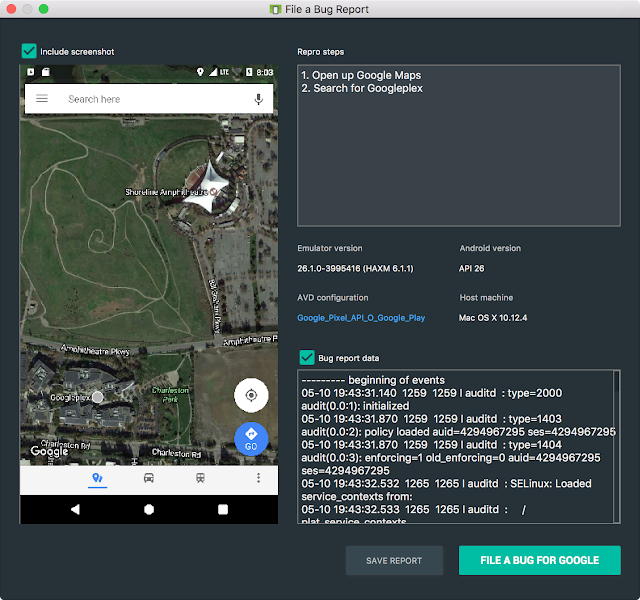 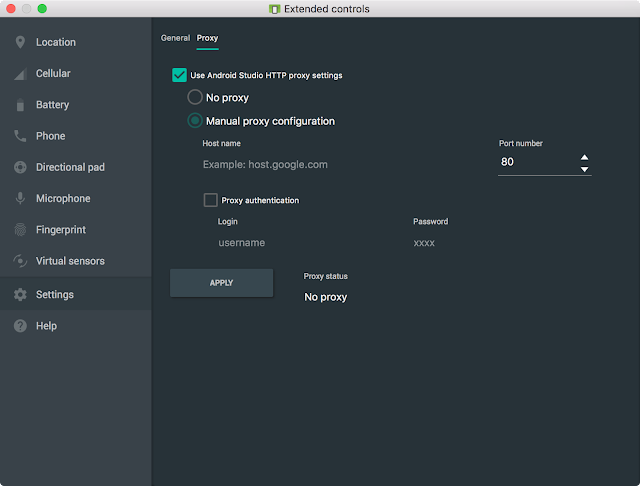 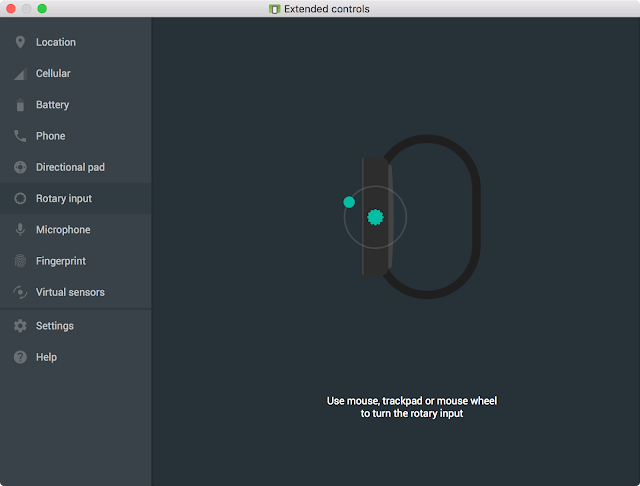 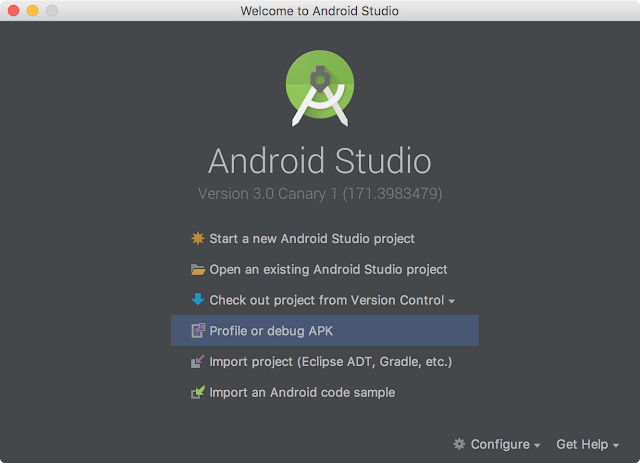 Profile or Debug an APK 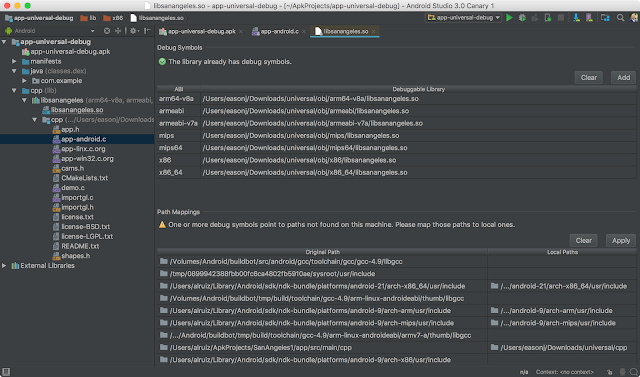 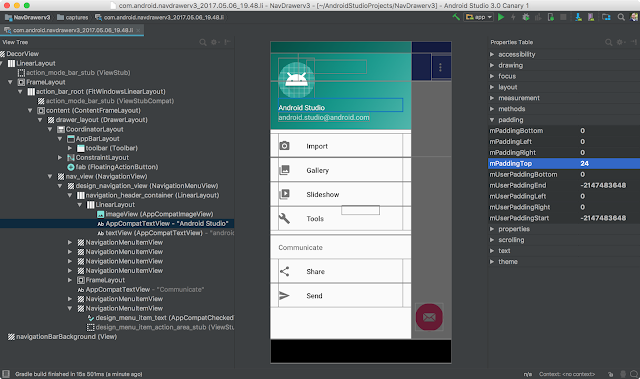 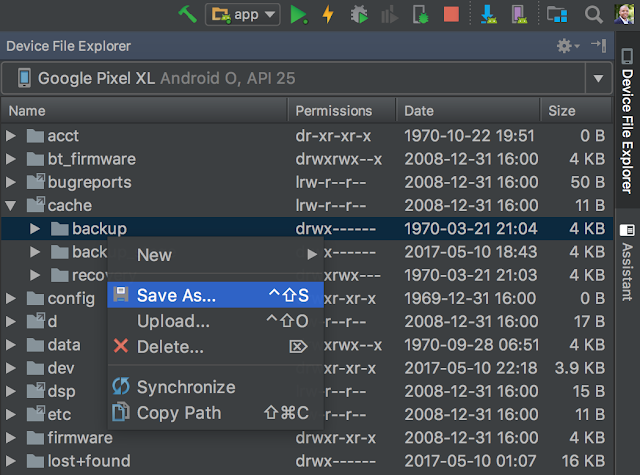 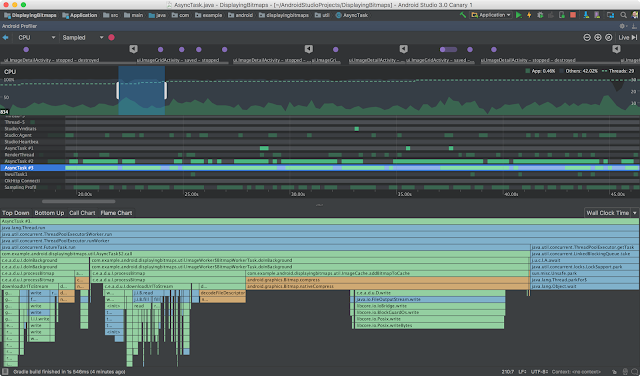 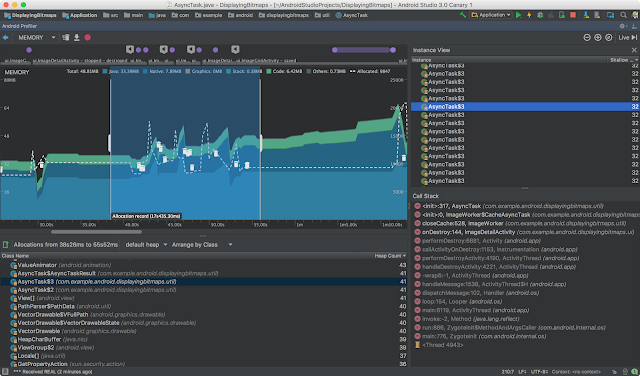 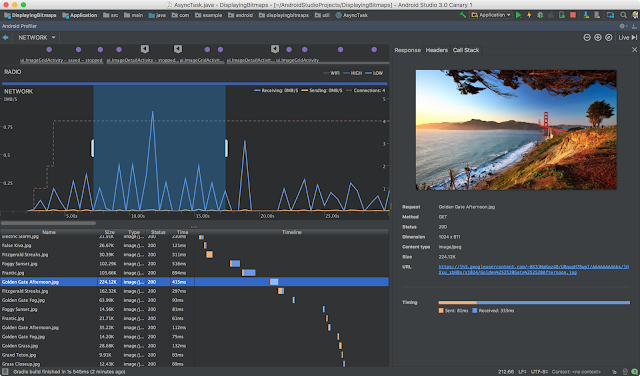 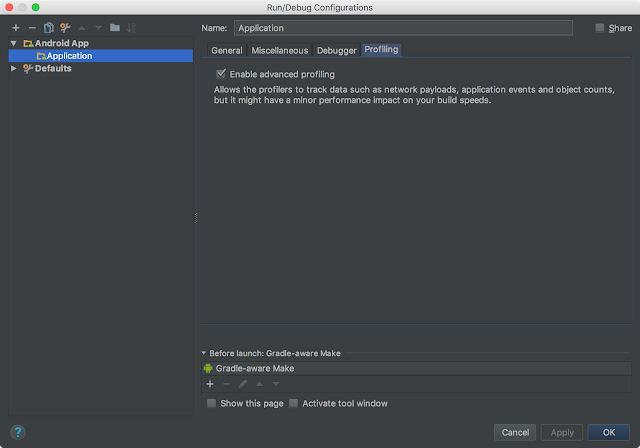 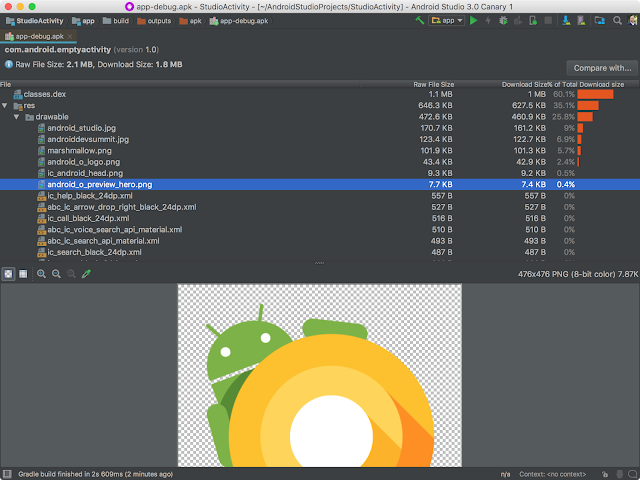 If you are using a previous version of Android Studio, you can install Android Studio 3.0 Canary 1 alongside your stable version. You can download this update from the official Android Studio Preview download page. As mention in this blog, there are some breaking Gradle Plugin API changes to support new features in the IDE. Therefore, you should also update your Android Gradle plugin version to 3.0.0-alpha1 in your current project to test and validate your app project setup.


We appreciate any feedback on things you like, issues or features you would like to see. If you find a bug or issue, feel free to file an issue. Connect with us -- the Android Studio development team ‐ on our Google+ page or on Twitter.