The holiday season is upon us, and millions of people around the world are looking forward to unwrapping their new devices and downloading their favorite apps. People have more choice in apps than ever before, making it critical for brands and developers to deliver useful and delightful experiences.

We introduced the next generation of Universal App Campaigns to help marketers show your apps to the iOS and Android customers that matter most, based on your specific business goals. Today, we’re announcing three new innovations to make your holiday app campaigns more engaging and effective.

People love watching video, and with 1B+ users around the world1, YouTube is the place they go to watch.

AutoDirector gathers your app's description and ratings, selects the best images of your app from the App Store or Google Play, and even picks the music to give your app a soundtrack. Our machine learning models work behind-the-scenes to figure out which version of those videos gets more people to install and engage with your app across YouTube and the 1M+ apps in the Google Display Network. 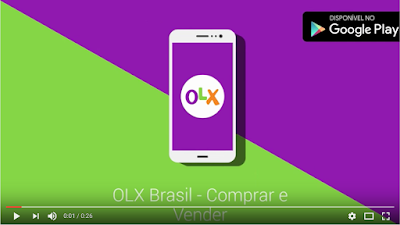 New ways to showcase your app on Google Play

People discover apps in a variety of ways, and nearly half of users find new apps while browsing on their phone’s app store2.

Today, we are announcing a new ad placement in Google Play, exclusively for advertisers running Universal App Campaigns. As people browse apps in the Google Play Store, they may see ads in a carousel alongside other app recommendations. For example, we may suggest a new game like Tap Paradise Cove to users who install the YouTube Gaming app. 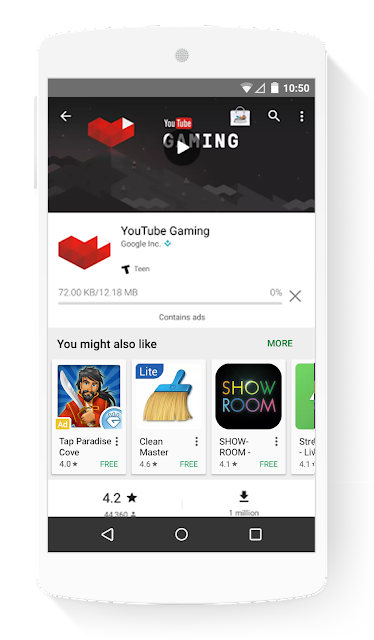 Tap Paradise Cove recommendation shown to a user after installing the YouTube Gaming app
We encourage advertisers to monitor their campaigns as there may be some natural changes in performance and delivery as we roll out these new placements.

There’s no better place to be than front and center on Google Play when users are in the market for related apps. But finding customers who are likely to engage with your app past the install is far more complex.

Now, there’s an easier way to find these customers that matter most. Android developers who use in-app billing can now count in-app purchases as conversions in AdWords without any technical integration. Then you can use Universal App Campaigns to automatically find more of these valuable users who are more likely to make an in-app purchase in the future. 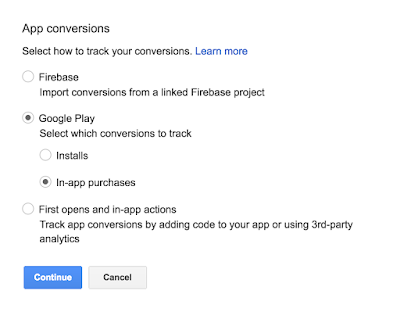 Options for reporting app conversions with Universal App Campaigns in AdWords
And it doesn’t end there. Android and iOS developers can define any in-app actions that matter -- from beating a level of Tap Paradise Cove, to subscribing to HBO Now, to viewing an available hotel room on trivago -- and find new users who are more likely to take those actions. Advertisers can integrate in-app conversion data with AdWords through Firebase Analytics or other third-party measurement providers.

There are 4M+ apps vying for users’ attention this holiday season. With these innovations, we hope Universal App Campaigns will make it easier for you to reach users that will install and engage with your app well into the new year.