If you've created a Native Express ad unit recently, you may have noticed a new template format alongside App Install and Content: Video App Install. In the past few weeks, AdMob has rolled out support for video assets in Native Ads Express, giving publishers a new way to create more engaging presentations for their users. 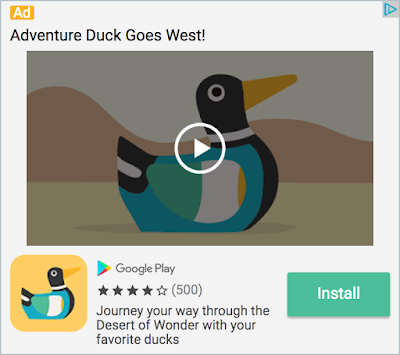 Enabling video demand for a Native Express ad unit is easy. Just open the ad unit's settings in the AdMob console, and look for the Ad type checkboxes at the top of the editor:

Check the checkbox marked "Video app install," and save the change. In a short while, your ad unit will start serving video creatives alongside the other two formats, with no code changes to your app required. That means you can update your existing apps to display this new format without redeploying to the Play Store or App Store.

While there's no mobile code required to take advantage of Native Express Video, AdMob has introduced some new features to the API that allow publishers to customize the user experience. In particular, a new video options class (VideoOptions on Android, and GADVideoOptions on iOS) gives publishers a way to influence how the ads behave.

For example, the following code will cause video ads appearing in an Android NativeExpressAdView to begin playing with their audio on:

Staying in the know

For example, here's a Swift snippet that shows how to check if an ad that just loaded contains a video asset:

Native Express is designed to make implementing native ads easy, but if you have questions about how to get up and running or how you can best put it to use in your apps, stop by our support forum. The Mobile Ads Garage recently released an episode covering Native Express Video as well, with feature details and screencasts for iOS and Android: