Developers have always been at the heart of Google Cloud Platform (GCP). And with App Engine, developers can focus on writing code that powers their business and leave the infrastructure hassle to Google, freeing themselves from tasks such as server management and capacity planning. Earlier this year, we announced the general availability of App Engine flexible environment, and later announced the expansion of App Engine to the europe-west region. Today we're happy to announce additional upgrades for Python users for both App Engine flexible and standard environments. 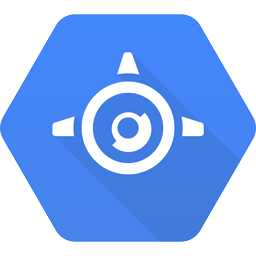 Starting today, App Engine flexible environment users can deploy to the latest version of Python, 3.6. We first supported Python 3 for App Engine flexible environment back in 2016, and have continued to update the runtime as the community releases new versions of Python 3 and Python 2. We'll continue to update the runtimes to the latest versions as soon as they become available. To see a demo on how to deploy a simple “Hello World” Flask web application that can deploy to Python 3 in under ten minutes, see our video in an earlier blogpost.

On App Engine standard environment, we’ve updated more than 2 million apps running Python 2.7.5 to Python 2.7.12 without any input needed from our users, and as of today, all new deployments will run in this new runtime. To see a demo on how to deploy a simple “Hello World” Flask web application that deploys in seconds and scales to millions of requests per second to Python 2 in under a minute, see our Getting Started guide. We're committed to updating Python to the latest versions of Python 2 as they become available, and bringing the latest versions of Python 3 to the App Engine standard environment is on our roadmap. Stay tuned!

As of today, Python developers have deployed more than 6,000,000 applications to App Engine, and companies large and small continue to innovate without having to worry about infrastructure. App Engine has built in support for micro-services, auto scaling, load balancing, traffic splitting and much more. And with a commitment to open source and open cloud, App Engine continues to welcome contribution from the developer community on both the runtimes and the libraries. If you wish to keep up to date with the latest runtime releases, please bookmark the release notes page for Python on App Engine standard and flexible.

Feel free to reach out to us on Twitter using the handle @googlecloud. We're also on the Google Cloud Slack community. To get in touch, request an invite to join the Slack Python channel.